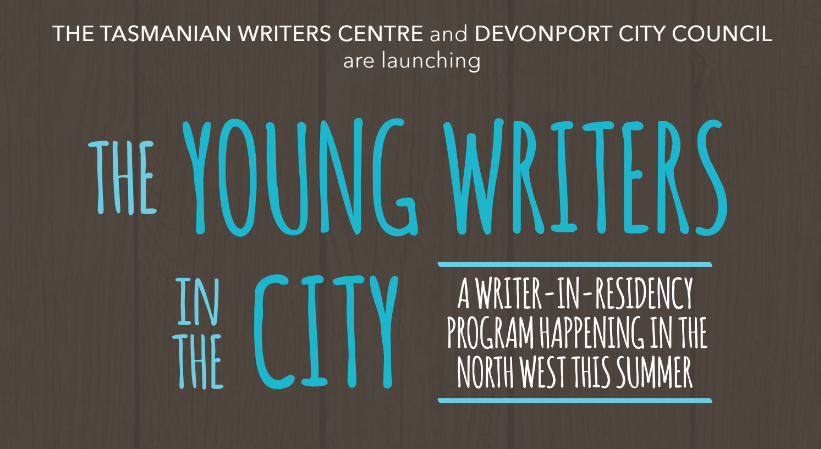 The Tasmanian Writers Centre has selected five emerging writers aged 16-30 as residents in the inaugural Devonport Young Writers in the City program.

Kate Elphinstone, Skye Cusack, Jane Beeke, Lauren Hay, and Kyle Perry are immersing themselves in the northern coastal city of Devonport to craft experimental essays based on their summer experiences.

Twitch Co-ordinator Kirsty Madden, who is facilitating the residency, says it is a terrific opportunity for Tasmania’s young writers to get paid while building their craft.

“Writers from our previous Hobart and Launceston residencies have given feedback that it is really validating to be recognised as writers, to build their craft and their confidence, and to be recognised by their local communities as emerging writers,” Ms Madden says.

“Taking the time to write in specific locations is a great opportunity to be informed and inspired to create new stories about local places.”

The writers are spending two to three hours per day for up to 10 days in venues including the Spirit of Tasmania, Devonport Regional Gallery, Rooke St Mall, Sea FM, and Bass Strait Maritime Museum.

The gallery’s Education and Public Programs Officer Dianne Sheehan is excited to host the residents in Devonport’s iconic locations during the summer, and to “congratulate these writers on being awarded such an amazing opportunity”.

“As a regional gallery, we support all art forms across our extensive calendar of public programs,” Ms Sheehan says.

“Our partnership with the Tasmanian Writers Centre for the Young Writers in the City residency program is an inspiring instalment, and one we are particularly passionate about as we continue to support emerging Tasmanian artists.”

Writers will each receive $300 for their residency, in which they will write an essay, non-fiction, or fiction piece of between 1500-2500 words, or 20-50 lines of poetry. The pieces will be published on the Tasmanian Writers Centre Website, and presented in a free public readings session at the Devonport Regional Gallery as part of the Tidal Festival on January 23.

The residency is facilitated by the Tasmanian Writers Centre in conjunction with the Devonport City Council, and with a grant from Tasmanian Regional Art.

For media inquiries contact Kirsty Madden, Twitch Coordinator, at twitch@taswriters.org. Learn more about the venues and keep up to date on the program on our website: https://taswriters.org/young-writers-city-devonport/

Meet the Devonport Young Writers in the City

Kate Elphinstone is a Tasmanian-born writer. A graduate of the University of Tasmania with degrees in Arts and Law, Kate works in communications to fund her addiction to independent magazines and an ever-growing collection of books. Her writing can be found in the Word Players Anthology.

Skye Cusack is 18 going on 30. In her short but ambitious life, she is chasing careers in the areas of administration, dentistry, aged care, acting and writing (it is because of this that Skye has never seen iconic movies Pulp Fiction and The Matrix). Skye enjoys reading and writing all forms of literature, but contemporary pieces are her favourite.

Jane Beeke spent her childhood in rural and remote communities across Tasmania, Western Australia and New South Wales, before moving to Sydney to study Archaeology. Jane still lives in Sydney with her husband Alex and daughter Emmeline. She works as a museum guide and enjoys telling stories about the past.

Kyle is a recent graduate of the Australian College of Applied Psychology. He is also a wannabe novelist, currently seeking an agent. He recently acquired a new car, and no matter what button you press on the radio it just keeps turning the volume up.

Lauren Hay has completed her first year of study in professional and creative writing at university. She started writing on the North West Coast as a hobby when she was 10 years old. Lauren is a competitive poet but also enjoys short- and long-form writing.

Visit this page to read about the Young Writers in the City Program in Launceston from 2016.

Originally a Baptist Church, then a public library between 1969 and 1982, the Devonport Regional Gallery relocated from a neighbouring site to its current home in 1983. The building was refurbished in 2004 to better cater for local and touring contemporary art exhibitions. The gallery delivers an extensive program of exhibitions, education and public programs for the North West community and visitors. 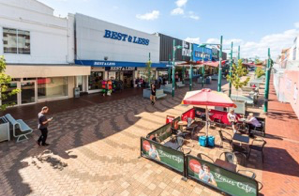 Rooke Street Mall provides access to hundreds of shoppers and CBD workers each day. It is Devonport’s only outdoor shopping mall and has been home to many iconic Devonport stores over the decades, including the Robinson Family’s Photographic Studio (1927 – 1975). 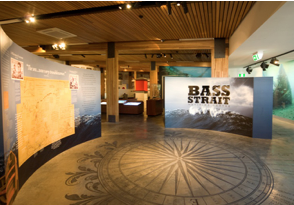 Formerly known as the Tasmanian Maritime and Folk Museum, the Bass Strait Maritime Centre has been located at the old Harbour Master’s House in Gloucester Street since 1980. The house was built in the 1920s as a permanent residence for the Harbour Master. A major renovation of the centre was undertaken in 1996/97, and in 2012 a further addition and refurbishment took place to become the Bass Strait Maritime Centre. 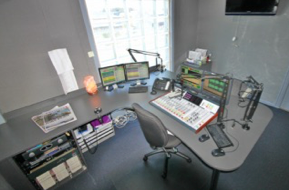 The SeaFM studio on the corner of Hillcrest Road and Don Road is home to Lee & Jess for breakfast, playing hit music across the North West of Tasmania on 107.7FM.

Spirit of Tasmania: available for one night and one day sailing (back-to-back). Dates subject to availability and certain exclusion dates apply. 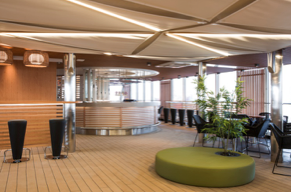 Spirit of Tasmania is one of Australia’s most iconic tourism operators. Departing nightly from Station Pier in Port Melbourne and Devonport in Tasmania’s northwest, the twin ships offer passengers a unique sailing experience combined with the convenience of bringing their own vehicles. With fresh, modern interiors and enhanced facilities, now more than ever Spirit of Tasmania is a trip to remember.