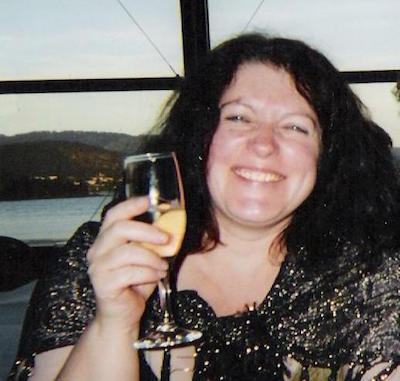 Zanna Twilight Laws, so named by her father for the time of her birth rather than an addiction to vampire films, came to Tasmania hundreds of years ago for a three week holiday and never left.

Zanna Laws has a degree in Geology and acquired her day skipper & steering ticket qualifications whilst crewing aboard the Cedarlea during various Greenpeace campaigns. She also worked in Greenpeace offices around the world as a campaign assistant in the Toxics and Membership departments. Zanna’s saddest task was helping board up the portholes of the Rainbow Warrior in Auckland, NZ after she had been bombed and then refloated. The ship now lies as a popular diving reef in Matauri Bay, Northlands.

As well as Greenpeace Zanna also worked for The Wilderness Society, conducted research on dolphin fisheries in Peru for the Environmental Investigation Agency and stowed-away to Antarctica to protest the building of an airstrip in Dumont D’Urville. The piece she co-wrote on the dolphin fishery in Peru was submitted to the International Whaling Commission in 1990 and was instrumental in achieving protection status for the Burmeister Porpoise. Other scientific pieces have been published in magazines and the Greenpeace Newsletter.

All her life she has written fictional stories and has a couple of half finished books but Jeremiah Willow-Bottom and the Disenchanted Forest is the first novel she decided to do anything about. She lives in Maydena – the farthest anyone can get from anywhere and still have electricity.

About Jeremiah Willow-Bottom and the Disenchanted Forest:

Being a computer nerd makes saving the land of the Faerie a bit of a doddle for Jeremiah Willow-Bottom.

Watching a raindrop running down a windowpane one day he imagines he sees an old, gnarled, leafless forest, moss-covered and sad. His daydream becomes reality one night when he looks deeply into another raindrop and he actually finds himself in the place he calls the Dark Land. However, something startles him and he immediately returns to his bedroom. All his further attempts to return to the strange place are thwarted. Then, one day on a nature trip he accidentally put his name down for, he meets Dandelion Flamethrower, a rather rude and sarcastic Goth fairy.

Unfortunately, their meeting has been witnessed by his nemesis who is trying to take over the Dark Land by use of a curse and, upon his return there, Jeremiah has a crisis of identity.