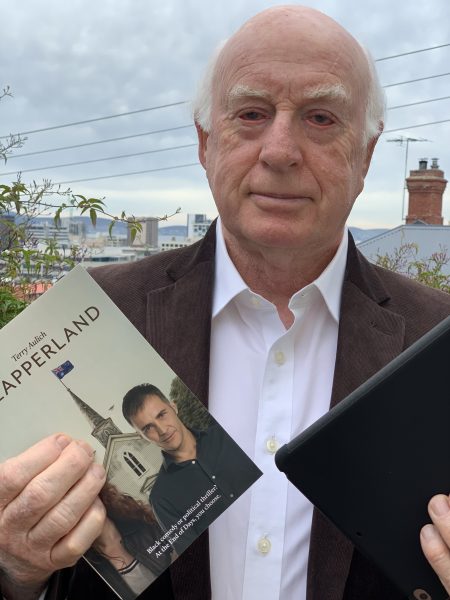 Terry Aulich is a Tasmanian author and former Senator and State Minister for the Arts.
His latest novel Clapperland imagines a world where social media and politics meets the religious evangelicals. The black comedy is based on Terry’s experience as an international privacy and security consultant with organisations like the UN Counter-terrorism Executive Directorate, INTERPOL and the Biometrics Institute..
As a novelist and historian he has published a great deal about the ever changing interface between technology and humans.
Publications and Performances
Acacia Road (poetry 1976)
The River’s End (Novel about the Franklin River 1993)
Moonlight at Mid-day (Drama)
Clapperland (Novel 2020)
Links
https:// www.aulich.co
https:// www.communitycart.com.au