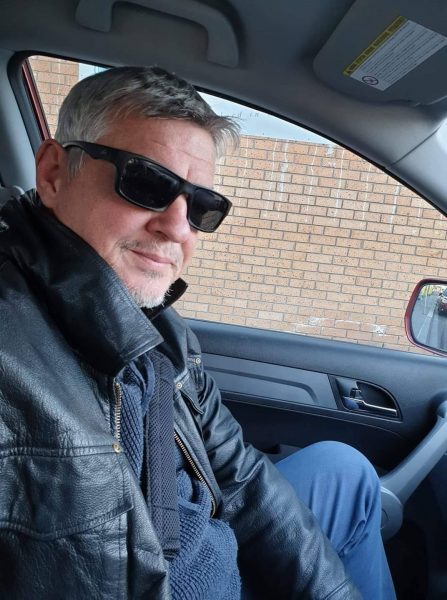 STEVE DILLON has written more than 70 short dark fiction and horror stories, novellas, and poems. Some are inter-related, set in the shared world of Refuge that Steve worked on with over 40 artists, writers, and other creatives, including a reprint by Ramsey Campbell, which was specially adapted  Steve to suit Refuge. These were published in ‘The Refuge Collection – Heaven to Some’ and ‘The Refuge Collection – Hell to Others’. All profits went to Sanctuary Australia Foundation and Refugee Action (UK).

Steve’s other stories (several set in the town of Bliss) have been published in various themed anthologies under the Things in the Well banner, and in December 2018, Steve’s first standalone collection of stories and poems ‘The Beard and Other Weirdness’ was published, followed in 2019 by his second collection, ‘Deeper, Darker Things and Other Oddities’.

Steve has also been published (or has stories pending) in various books and magazines including a poem in ‘The HWA Poetry Showcase Volume 5’. Besides being a writer, editor, artist and publisher, Steve is a former president of the Australasian Horror Writers Association.

Steve will be attending the Terror Australis event in Cygnet in October, and will also be reading one of his poems at the ‘Noir in the Bar’ event, and one of his short stories will be narrated and read as part of the Digital Writers’ Festival in Melbourne this year.