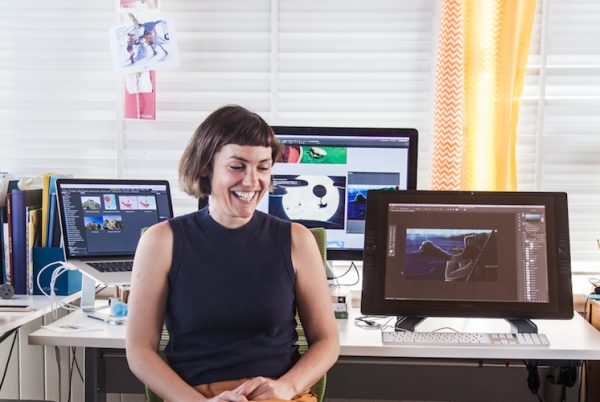 Rachel Tribout is an illustrator and graphic designer from France, now based  in Tasmania, Australia. She works for various businesses and non–profit organisations, and collaborates with design studios on all kinds of projects.

She has written and illustrated two books for children, both about Captain Blueberry. Captain Blueberry is a mighty French sailor travelling across the oceans, discovering unknown sea monsters and other monstrous dangers. The first book of her adventures, The Monsters of Tasmania, was released in 2014. Its sequel, The Journey of Admiral Bolognaise, was released in September 2016.