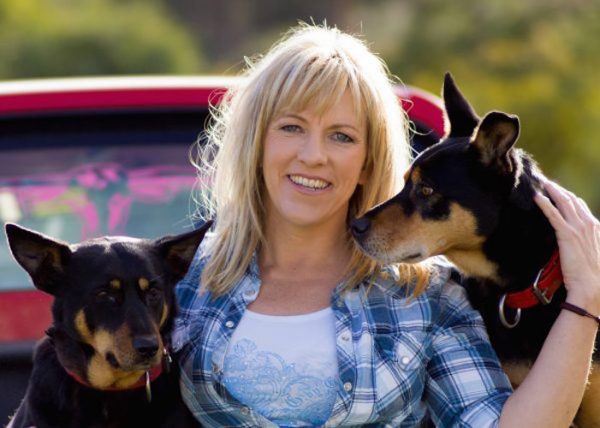 Rachael Treasure gets as excited about microbial activity in the soil as she does by beautiful storytelling. By combining her love for the land and the written word, Rachael sparked a publishing boom in 2002 when her first novel Jillaroo woke the world up to contemporary women’s stories beyond the city lights.   Rachael lives in southern rural Tasmania and is a full time mother to two young humans and many eccentric animals. She has been dubbed an agricultural activist, farm feminist and literary pioneer and has worked as a rural journalist, radio broadcaster, truffle sniffer dog handler, professional wool classer, stock camp cook, drover, farm manager and working dog trainer. Her stories have inspired thousands of young and old rural non-readers to read and love books.

Her novels since Jillaroo include The Stockman, The Rouseabout, The Cattleman’s Daughter, The Farmer’s Wife and Cleanskin Cowgirls.

Her short story collections include The Girl and the Ghost-Grey Mare and Fifty Bales of Hay.

Non-fiction works are Don’t Fence Me In – Grassroots Wisdom from a Country Gal, a working dog training book, Dog Speak, and memoir and manifesto for a new path in agriculture, Down the Dirt Roads.

Her screenplay Albert’s Chook Tractor was filmed for SBS Independent TV in the Fingal Valley, Tasmania and is now available as a DVD. She has also co-written songs with nationally and internationally successful country rock band The Wolfe Brothers.

Her latest self-published agricultural adults-only colouring book 50 Bales of Hay is proving a hit with cheeky farmers and is available at www.rachaeltreasure.com