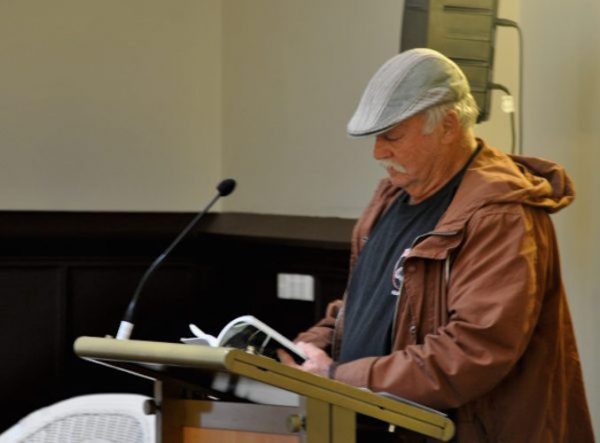 Pete Hay grew up on the North-West Coast of Tasmania, and has worked as schoolteacher, storeman, truckie’s offsider, youth worker and political adviser at both state and federal tiers of government, but it was as an academic in Victoria and Tasmania that he spent most of his waged life.

He retired as Reader in Geography and Environmental Studies at the University of Tasmania at the end of 2008, but keeps his scholastic hand in as it were, and still produces the occasional ‘learned’ article. His research interests are place and the role of place in attachment and identity, particularly as these apply to life on islands, democratic thought, environmental thought, and the political necessity of ex-system activism. His capstone work is Main Currents in Environmental Thought, which was simultaneously published by different publishers on four continents (though the European and Asian editions used different titles).

These days, though, Hay prefers to write in more creative modes. He has published six volumes of poetry; one of these as editor, and one, Last Days of the Mill, in collaboration with a visual artist (this book won the People’s Choice Award at the 2013 Tasmanian Book Prize). His most recent books of poetry are Girl Reading Lorca (Picaro, 2015) and Physick (Shoestring, 3016). He also writes personal essays (collected in 2002 as Vandiemonian Essays, with a second volume planned for 2017), commentary (including a stint as a newspaper columnist), and history.

Hay has a long history of involvement in activism and voluntary sector work, currently as a member of the committee of Friends of North Bruny, and until recently he sat on the Boards of Management of Kickstart Arts and Environment Tasmania, serving as Chair in the latter instance. He was the foundational Co-ordinator of the Ecopolitics Association of Australasia, since memorialised in the Pete Hay Award for the best Honours-level essay in environmental politics. He is also an ‘Elder’ of the Australia-New Zealand Association for the Study of Literature, Environment and Culture.

He remains, in his own unhumble opinion, potential.