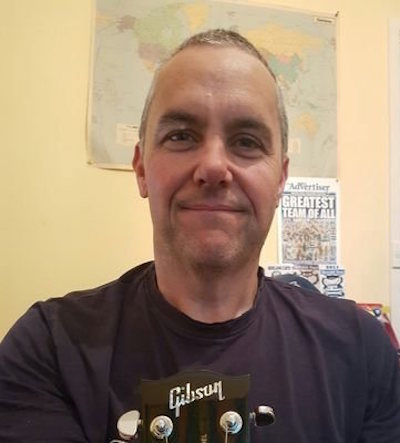 I was born and raised in Hobart. I’m spending a brief tenure on Earth before I head off to another planet. I haven’t yet decided which one. I still live on Earth with my wife and two daughters. I write stories (I make stuff up, and write it down). I also write blog posts about bushwalking. I grew up reading fantasy and sci-fi stories, also playing and coaching cricket. My stories of my past cricketing achievements are usually my best fiction works. In my spare time I love bushwalking, cycling and trying on some home music recording.

I am listed in the 4th edition Dungeons and Dragons Players Handbook as a play tester.

“Our world can be dangerous, even for those who are prepared.”

They needed a guardian, a protector.

A being of great power summoned from the outer realms to aid in a time of great need.

Instead they got a man. A very normal man from earth.

And then they lost him.

Inadvertently summoned by a corrupted magical spell and seemingly thrust into a centuries-old conflict between two gods, the outsider Duncan Hawkwind must overcome overwhelming adversity and shocking betrayal in his quest to return home; to his life and loved ones on earth.

“How long must this continue, Outsider? You who cannot die, and I who am already dead?”

THE KINGDOM OF SYRANE: A land of magic, myth and adventure.

For Duncan Hawkwind, the Outsider, it’s a prison.

Duncan continues his search to find a way home, to Earth. The key is the Sphere of Corruption in the Temple of Mergoth. However, the spectre of an old enemy who seeks the sphere and its power turns Duncan’s conquests into heartbreak.

Faced with an impossible choice, Duncan realises that life is not fair.

But neither is death.

My blog can be found here: