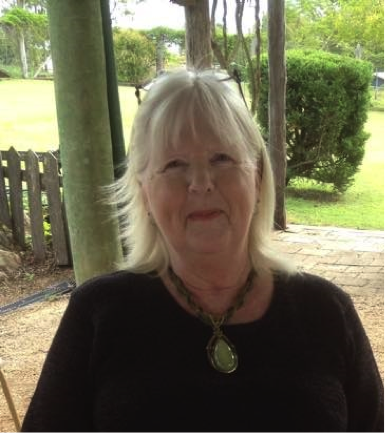 Hello there, I’m Margaret R Blake. I was born in Europe but have lived most of my life in Australia. I spent the last 33 years in Tasmania, though now I reside permanently in Queensland.

I have been writing for about 20 years or more now, but it is not my only hobby. I also like to indulge in some needlework on occasion, and I love to read. I’m a bit of a movie buff as well when I get a moment to spare. All these things can be very inspiring and it doesn’t take much for the imagination to get cranked up. As horrifying as it might sound I am working on about a dozen books/novellas all up at this moment, with some in different genres. I love the scope that I have to play with and the characters I can invent. It keeps my mind busy and my work varied.

My career as a published author began in 2012 with The Ring of Curses (#1 in the Merlin’s School for Ordinary Children series). In the meantime, Sword of Stone (#2 in the same series) has just been released. RIVERBEND; A Collection of Fairy Tales and Other Stories, and BITS AND PIECES – An Anthology of Bits of Stories and Pieces of Poetry are other pieces that I have branched out into, away from my usual genre of children’s fantasy. My YA novella is released in September 2016 and an adult fantasy novella, as well as #3 in my series, The Grail and Back Again.

Merlin’s School for Ordinary Children #1 – The Ring of Curses was nominated for the Ditmar awards, and I was also featured in the Premier’s Reading Challenge twice, 2014 and 2015.

You can follow me at www.facebook.com/margaretroseblake, or you can keep up with my publishing progress and other stuff on my site here at www.margaret-r-blake.com.

‘Okay,’ the Professor beamed while pulling out a length of black cord from his wonder gadget. He passed it on to Jane Ripley, who was standing closest to him, ‘Hand this on to the next person and so on,’ he instructed as he reeled out more cord. ‘And stand close everybody and wrap it around.’

‘What’s this?’ Neville asked with a sneer as the cord was passed to him. ‘Walkies!’

‘Not at all, Mr Cormac, it’s a Time Line, and this is what will take us where we are going. It’s faster than a bus,’ he smiled at Cedric, ‘and more suited to our purpose.’

‘I’m sure it does.’ The Professor grinned back, taking the end of the Time Line in his hand and attaching it firmly to a clip under the dials. ‘Is everyone inside?’

There was another chorus of affirmatives. Now, though, with the end of the cord locked into place curiosities were being piqued and there was growing air of expectation amongst the students.

‘Hang on tightly, children,’ the Professor encouraged, pressing the small red button on the Time Line firmly and saying in the same moment, ‘Alpha ad Omega, the circle is complete.’

A low humming began to fill the air, which surprisingly started to grow quite heavy. The students moved closer together, eyes wide and wondering what they were about to experience. The ground began to shake slightly, then more strongly as a whirlwind started turning about them like an enveloping spiral, causing the humming sound to grow and grow, escalating rapidly into a terrible, deafening roar. The spiral spun even faster and faster with each second, creating a vortex that pressed in on them ever steadily. Now, with the incredible noise and the unstable craziness there was no doubt as to what was to happen.

They were all going to die!

Daffodil Stimmer screamed loudly, a long drawn out scream that was eventually lost in the echoing void of the vortex, along with the grey dimensions of the castle. And suddenly everything was surrounded by darkness, with everybody feeling like they were being pulled through an extremely long and windy tube of spaghetti. Then … with the sound of a gunshot, everyone was deposited soundly on their derrieres, and the blackness began slowly to fade, bringing everything swimming back into bright sunlight. Boys and girls alike blinked like owls against this glare. Ernest Digby polished his glasses frantically, thinking that there was something wrong with the lenses. It was only Professor Flounder who remained standing, not in the least bit perturbed by the ordeal. He calmly unclipped the Time Line and walked around the jumble of stricken students, winding in the black cord as he did so.

‘What was that?’ Cedric Finnegan enquired, still blinking wildly against the retreating glare. He had bright white spots in his eyes that floated about all over the place. In fact, they were making him feel quite dizzy.

The history professor smiled his usual smile. ‘Just a normal part of time travel I’m afraid. It is worse travelling backwards than it is travelling forwards. I think it has something to do with the fact that the future hasn’t occurred yet so the space isn’t as cluttered with miscellaneous rubbish.’