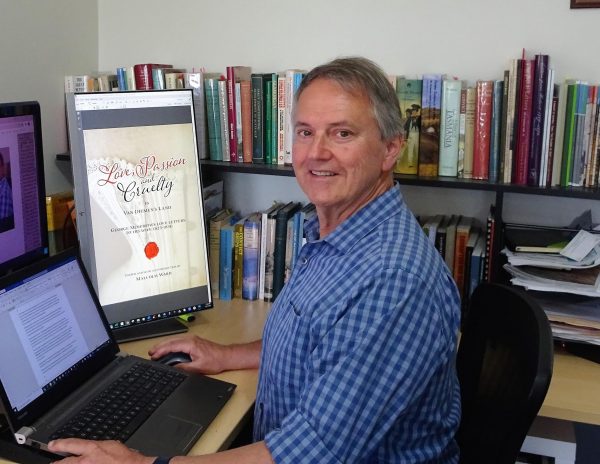 Malcolm is a Tasmanian researcher and writer of Tasmanian history, mainly on colonial times and subjects. His other interests are classical European, eastern European and central Asian Islamic history and architecture and he has more than passing interest in good red wine. Malcolm was born in Hobart in 1959 and had a career as a geologist and geothermal energy consultant which took him around the world many times, allowing him to pursue his interests first-hand.

In 2020 Malcolm completed a PhD on Tasmanian colonial settler George Meredith and in 2021 published an edited collection of Meredith’s love letters to his wife, a powerful demonstration of gender power imbalance in Tasmania’s colonial past. An expanded and revised second edition of the highly successful and award-winning Houses & Estates of Old Glamorgan was published late in 2021. He is currently working on a biography of George Meredith as well as a number of smaller research projects with a focus on eastern Tasmania.

Built by Seabrook. Hobart buildings constructed by the Seabrook family from the 1830s (2004)

Sergeant Samuel Thorne. A Royal Marine in the Napoleonic wars and first settler of Hobart Town (2007)

A Reid and Shakespeare family history (2014)

The Royal Marine and the convict. Samuel Thorne, James Ward and their heritage at Pitt Water and the Lower Ferry(2016)