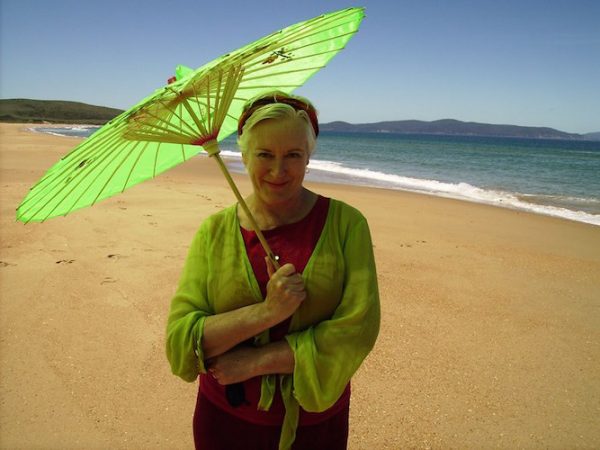 Karen Knight lives in West Moonah with her percussionist husband, a cat and a bantam hen. She has a daughter and two grandchildren. Karen has been widely published and anthologised since the early 1960s. She has written four collections of poetry, her most recent, Postcards from the Asylum (Pardalote Press, 2008) won the 2005 Dorothy Hewett Flagship Fellowship Award, the 2007 Arts ACT Alec Bolton Award and the 2011 University of Tasmania Prize (Tasmania Book Awards) for best book by a Tasmanian publisher.

Karen has a long distance collaboration with Scottish writer Dilys Rose which resulted in a book of poetry and graphics called Twinset which was published by Knucker Press in Edinburgh Scotland in 2008. She has also collaborated with printmaker Michael Schlitz since 2013 after meeting at the highly successful 2013 Dick Bett Poets & Painters exhibition. Together they were shortlisted in two categories for the 2015 Sawtooth Writing Prizes.