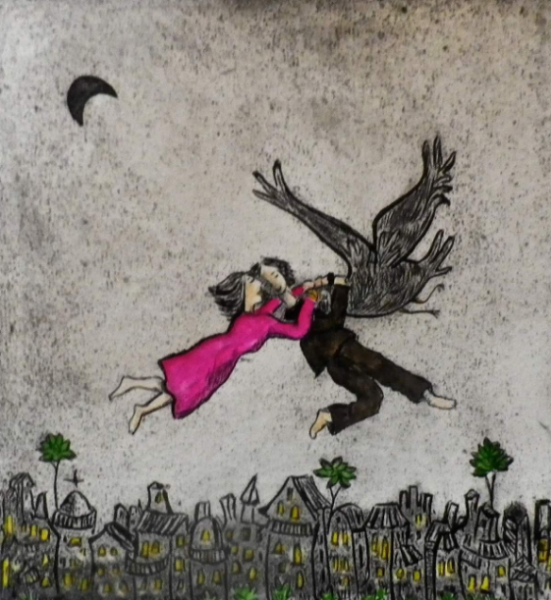 Karen is a writer and visual artist. She sells her work at Inka Gallery and Saddlers Court, and has in the past sold pieces at Gallery on the Square, Goulburn St Gallery, Grand Chancellor, Cotton Duck Gallery, Geeveston and Tasmania Shop and Gallery.

There is an interplay between my visual and written art as many failed literary efforts succeed as visual images (and vice versa), especially my Love and Freedom series of prints. I also paint narrative paintings or oil paintings of flying people, (now oil depictions of collographs) angels or flowers when I have time. I have held three successful solo exhibitions, taken part and sold in many group exhibitions, at Inka Gallery, Wrest Point Rotary and other venues. All my exhibitions have sold and received good reviews in The Mercury newspaper. I am a long-standing Inka Co-op member, writing poetry is a passion equal to my visual work.