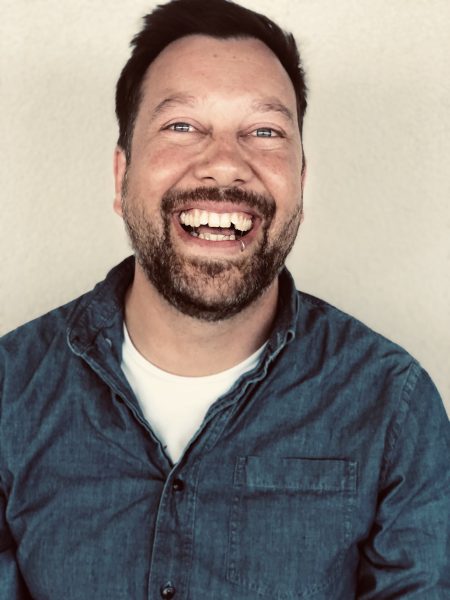 Finegan has had 94 commissioned plays performed on six continents and translated into eight languages. His work has enjoyed seasons in over 200 international festivals and in 2018, he was the most-produced playwright of original children’s theatre in the US.

His work has received 36 awards, including the Mickey Miners Lifetime Achievement Award for international Theatre for Young Audiences, David Williamson Prize for Excellence in Australian Playwrighting, seven Australian Writers Guild Awards and an inaugural Sidney Myer Fellowship. He has spoken at conferences in ten countries, with papers published and works studied at international universities.

Finegan was born in Ireland and moved halfway around the world to Adelaide, Australia aged eight. After 15 years, he and his wife Essie left for the island state of Tasmania. And after 15 more, with their son Moe, they returned. He is committed to making strong and respectful work for young people, which acknowledges them as astute audience members outside the plays, and worthy subjects within. www.finegankruckemeyer.com