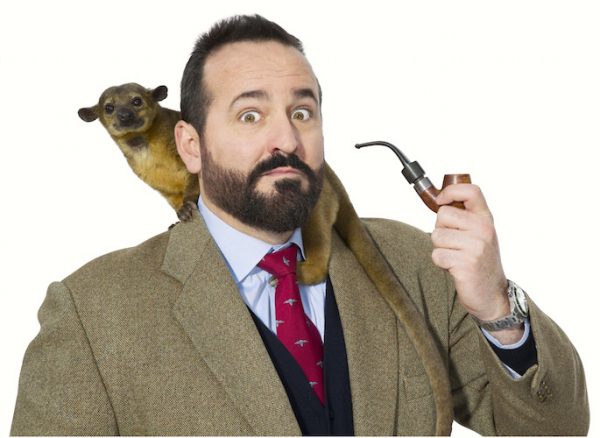 Bradley Trevor Greive AM was born in Hobart, Tasmania, in 1970, though lived abroad with his family for most of his childhood in Scotland, Wales, England, Hong Kong and Singapore, before returning to Australia to complete his education. After graduating from the Royal Military College, Duntroon, Bradley served as a Paratrooper Platoon Commander in the Australian Army, with 3RAR(Para). Upon leaving the military he began a career in publishing as a cartoonist with the Sydney Morning Herald and has since gone on to become one of the world’s most successful humour authors, with global sales now in excess of 25,000,000 copies across 115 countries. A semi-indestructible adventure sportsman, certified cosmonaut and a Polynesian rock-lifting champion, Bradley is also a wildlife expert and television personality. His reputation as a serious literary figure has been somewhat compromised by his being attacked by woolly monkeys, porcupines, reindeer and fairy penguins; on at least one occasion he was sexually assaulted by a giant bat and has so far endured five treatments for rabies.

Bradley was awarded the Order of Australia in 2014 for his services to literature and wildlife conservation. Bradley currently divides his time between Australia and the USA in order to placate his American in-laws and thus remain happily married.