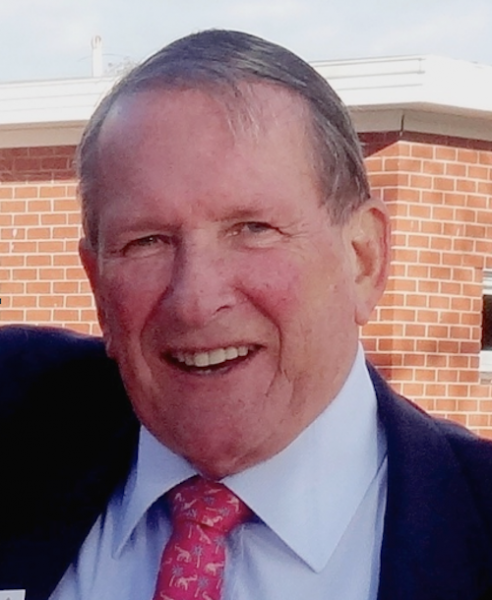 Tony was born in Hobart and is an author, historian and mining industry professional. He graduated from The University of Sydney in 1961, majoring in geology.

As a committee member of the Friends of the Tasmanian Museum and Art Gallery, he was instrumental in the establishment of a highly successful young Friends group.

He plays an active role in developing China and Tasmania business and cultural relationships. He is the founding director of Salamanca Walk formed in 2015 to cater for both English and Chinese speaking visitors.

In 2006, Tony published his first book A Quarry Speaks which provides an illustrative history of Hobart’s Sullivans Cove, Salamanca and Battery Point from 1804 to present. The second edition was published in November 2012.

His second book The Hope Factor on selected exploration to mine activities in Australasia was published in September 2011. His third book Short Stories from World War Two was launched in October 2014. In March 2016, he co-authored Friends Across the Ocean which celebrated the 35th anniversary of Tasmania and the Chinese Province of Fujian. The ongoing book Old friends which is in preparation will have content from both Tasmania and Fujian.