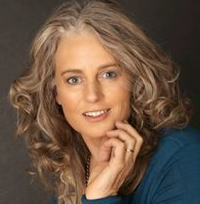 Anne Blythe-Cooper is a teacher of Music and Humanities. She performs in local theatre and is passionate about Tasmanian History. In 2014 Anne was Runner Up in the Erica Bell Literature Award.

The Shape of Water:

A work of historical fiction in the truest sense is how I would describe The Shape of Water. It takes the brute facts of history and weaves them into a narrative thread that is no longer purely historical, but also not quite purely fictional. It focuses on the life of Sophia Degraves, wife to Peter Degraves, the founder of Cascade Brewery and one of Tasmania’s most prominent early entrepreneurs. Like many other historical wives living in the shadow of their husbands, Sophia has received little scholarly attention over the years. The Shape of Water sets about righting this injustice. We follow Sophia as she makes the long journey to Van Diemen’s Land, children in tow. She suffers, she learns, and eventually makes a home on the island.

The manuscript is full of perfectly chosen details that never overwhelm or interfere. The Hobart town of 1824 feels fully realised. The modes of dress, of thought, and of speech are captured in ways that never fail to convince. Overall, the effect is of a historical verisimilitude that sweeps us along as if we were walking beside Sophia in the shadow of Mt Wellington. It is a thoroughly charming book that brings to life a woman and a period that are both fascinating.  — Rohan Wilson