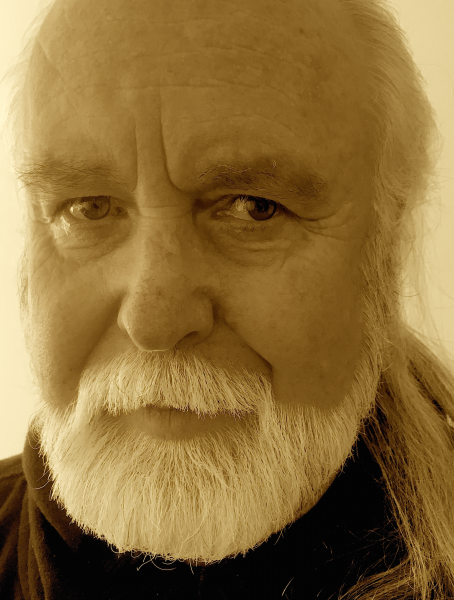 Alan is a contemporary poet, composer, writer and philosopher. He is an honours graduate in English Literature and Language from Sydney University. His thesis was on the poetry of John Donne. He is also a Fine Arts graduate. His honours thesis was in Aesthetics. Alan also holds postgraduate qualifications (with High Distinctions) in the teaching of English and Art from Sydney University.

In 2007 and 2008, Alan opened Disabilities Week and National Depression Week in Northern Tasmania with poetry performances and, over the years, has delivered innumerable poetry recitals at the QVMAG. He has opened art exhibitions at private galleries, several Arts Access exhibitions, and at the Henry Jones Hotel Gallery, Hobart, in 2007.

Alan is a distinguished teacher and mentor, winning a National Excellence in Teaching Award in 1994. He is a former Senior Master of English (AST3) with the Tasmanian Education Department, and a former Senior Curriculum Officer with the Department. He wrote the Creative Thinking TCE C Course in 1999, mentored several section winners of the Alanvale Poetry Prize in the 1980s, and has privately mentored a small number of emerging poets between 2014 and 2017.

He has also been interviewed on ABC radio on the significance of poetry in contemporary society in 2008, 2009 and 2010, as well as being a ‘Living Book’ (as a poet) at the State Library of Tasmania in Launceston from 2008 to 2010.

His father’s swallows with their “four trim beaks/ under a line of beady eyes/ and beetle brows” are symbols of regeneration. We are returned to a place and time like ‘january in the liffey valley’ where “our laughter, now, is more reserved,/ now we have setting,/ now we have a story.” This is brilliant poetry. [Dr Roya Pugh ~ Linguist]

Alan Taylor is to poetry what Michael Leunig is to cartooning. [James Newton ~ Sculptor]