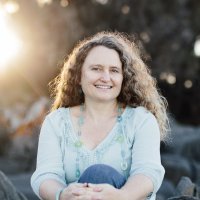 Up Close and Personal with Esther Campion.

Arianne recently chatted with Esther Campion, author of Leaving Ocean Road, about her second novel, The House of Second Chances, and of course, everything to do with writing in between.

I asked Esther where her idea for The House of Second Chances came from. Esther says after completing her first novel, she didn’t feel finished with the characters or the story, so she feels lucky to have been able to continue expanding on the lives and personalities of two of the more minor characters from Leaving Ocean Road. Esther ensures me that those who read The House of Second Chances first will not be at a disadvantage. The novel stands alone, she tells me. However, those who have already read her first novel will enjoy getting to know Colette and Aiden further, who have been set with the task of renovating their grandmother’s cottage in Ireland. Esther says writing about the renovation process was a bit of a challenge! She asked advice from friends who had done it before, and read a lot of Better Homes and Gardens magazines. Esther says the most enjoyable and easiest aspect of writing her new book was delving into Aiden and Colette’s characters, expanding and exploring the depths of their personalities.

In the interest of aspiring writers, I like to ask authors what their strategies are for overcoming difficult writing days, days when the story feels stuck. Esther says she tries to write through it, to just keep going and try to get her  flow back. She also likes to remember the words of Anne Lamott, who in her book Bird by Bird, reminds writers not to be afraid to “write crap.” That’s what first drafts are for!

I asked whether Esther knows how her books will end before she starts writing, or if it’s more of a gradual process of figuring out plot lines. Esther says when it comes to whether she is a plotter or a pantser, she is most definitely the latter! She says she always thinks she should try to be more of a plotter, but that when it comes down to it, it never really works for her, and she has had to learn to accept that this is simply her own process. Everyone is different. Esther believes a lot of whether someone is a plotter or a pantser depends on the genre they are writing. She says she has spoken to a number of crime writers who are careful plotters, whereas for writers of general fiction with touches of romance like herself, taking a more relaxed approach works better. Esther believes part of the magic of writing is not knowing quite where the story will take you.

We talked about what makes a novel great. Esther says it’s imperative to remember that readers want to turn pages. They want to find out what happens next, so it is vital that the author keeps them within the world of the story. Part of this comes from readers being able to empathise with the characters. Another very important part of tethering the reader to the story world is making sure each scene advances the plot. Esther says, you might have written a really beautiful scene that you’re proud of, but that actually lets the story down overall, because it slows its progression. In other words, kill your darlings! Esther says this is where editors really shine.

I asked Esther if she has a typical daily writing routine. She says it depends on where she is at with her work, and how in the zone she is. She tells me she has to really force herself to get on with it sometimes, to sit down and write. However, once she is in the chair and into the flow of things, it’s great, and she can lose herself in the process.

I was also curious as to whether Esther uses particular techniques to steer the expectations of her readers. She says she does do this, but she holds it is also important to have a balance. Sometimes it’s nice to be surprised in a story, and sometimes it’s nice to follow clues left by the author. Esther says the same thing applies to the ‘show don’t tell’ argument. It is again a question of finding the right balance. This is often challenging, Esther says.

In terms of belonging to a writing group, when Esther moved to South Australia, she joined Eyre Writers, and is still very happy to be associated with that group, who she tries to catch up with when she’s back in Port Lincoln. When Esther is in Tasmania, she keeps in touch with Devonport Writer’s Workshop. She is also a member of a couple of online writing groups. Esther says,

“Writing is a lonely enough pursuit, and although there is a lot of back and forth with publishers at specific stages in the publishing process, by and large it’s head down, bum up in your own four walls.”

Esther says she feels very lucky to have found such supportive and encouraging writing groups.

I asked Esther where she draws her inspiration from. She says,

“That’s a really hard question but one that is often asked of writers. The short answer is ‘everything’. Someone asked me that question recently, and when I said landscape, she immediately said, ‘the beach,’ and proceeded to tell me about how, as a child, she would hide on the beach with a big sketch pad and draw away to her heart’s content. It triggered an image of someone I’d seen the day before. She was a grandmother walking hand in hand with a girl of about eight. I was taken by the agility of the woman and how good she looked in a linen shirt falling over the tops of her tanned legs. I’ve changed her hair, but she is now fast becoming an integral part of my next novel. Perhaps I aspire to being like that random woman if I do indeed ever become a grandmother myself, or maybe she just came past at the right time when I needed inspiration.”

I asked if Esther had been to any writing retreats, and what her favourite one’s were. She says,

“I started writing novels because I wanted to go on a writing retreat. The other novelists in my old writing group in South Australia would go for a whole week, but my children were young so with my husband’s support and encouragement, I used to go for a couple of nights, maybe twice a year. Last year was the first time I attended a full retreat and I loved it. Nothing to do all day except write, talk about writing and books, and go for long walks. Writing takes time above all else I think, so to have concentrated time with no domestic or day job distractions is an absolute gift. There are many expensive, luxurious retreats on offer, but I believe they don’t have to cost money. Sometimes a full day to myself can be all the retreat I need.”

Click here for more information about The House of Second Chances  https://taswriters.org/recommended-reads-february-2/

The Tasmanian Writers Centre thanks Esther for taking the time to speak with us. We wish her all the best for the future!