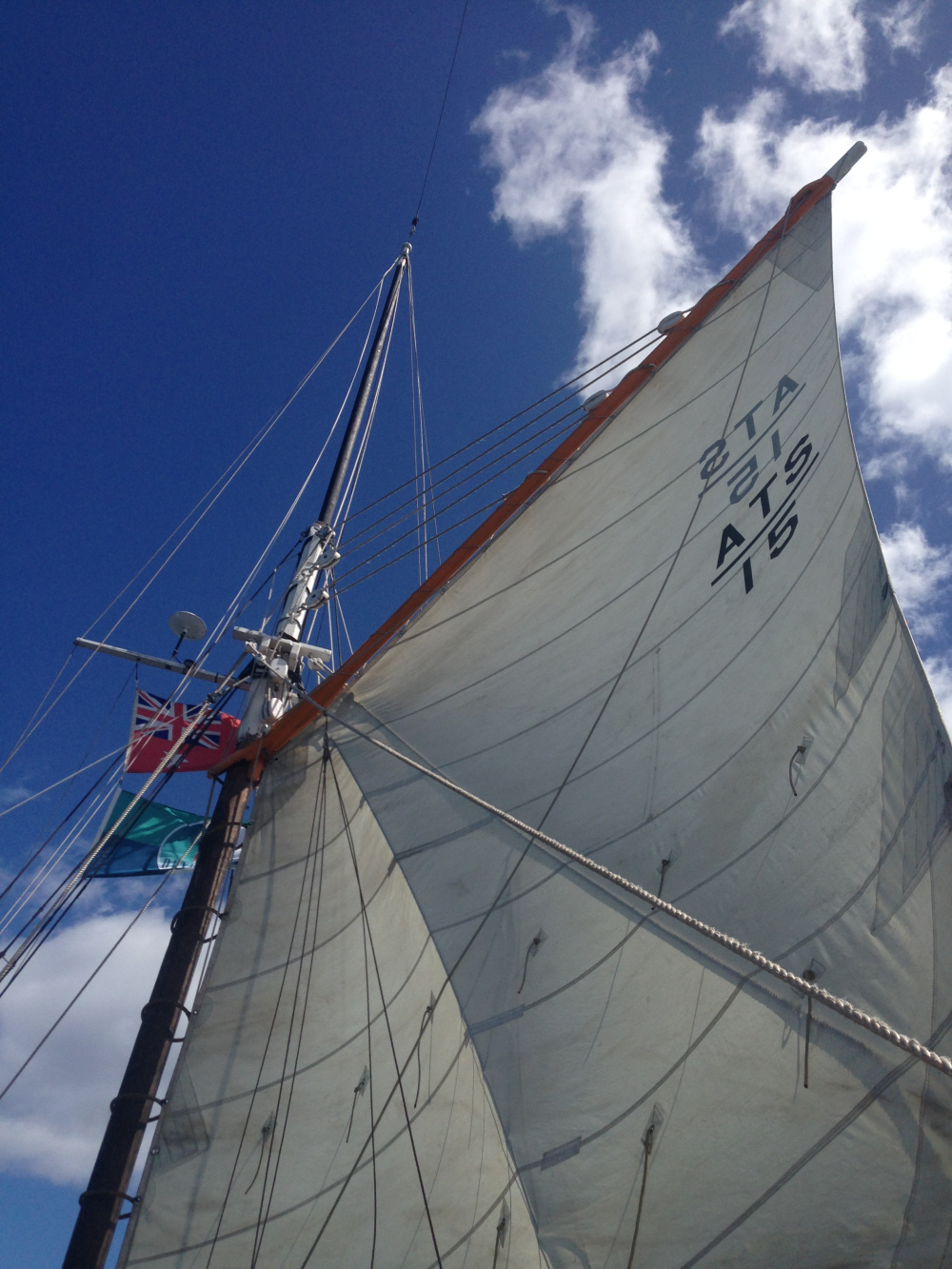 From Where I Stood #3: William Holyman, by Jane Beeke

The Tasmanian Writers Centre has selected five emerging writers aged 16-30 as residents in the inaugural Devonport Young Writers in the City program. Jane Beeke spent her residency at the Bass Strait Maritime Museum, writing a continuous story inspired by the history she researched. This is the third entry in this story, which we will roll out as a fortnightly series for you to explore.

William heaved on the rope, leaning as a weight against it, until the mainsail rose and caught the wind. At once William was on the other side of the deck, pulling the rope tight into a stanchion. For twenty or more years he had sailed the Strait, and he still had the energy for it.
There were four more crew on deck, and Young William took the wheel. The Colleen Bawn flew into the Strait, bound due North for Melbourne. Both mainsails were up, pushed taught in the ferocious wind.
“How does she feel, William?” roared the old man.
His son didn’t hear, but smiled at the helm.
Old William walked down the deck, ignoring the wash that covered the deck, ignoring the endless pitch and the roll as they headed the waves. William stood behind his son.
“So how does she feel?” he shouted again.
“She’s keeping well in this breeze, Dad.”
“Good. You’ll be running her from now on.”
“Good.”

They nodded at one another, and that was all that needed to be said.
The boat climbed a perilously high wave, her bow piercing up into the sky, a silhouette against grey cloud. They hung a moment; then the crash of water and the sting of salt spray overtook them all. Young William had already lashed himself to the helm; the other men all scrambled for a place to cling – to masts, to ropes, to hatches – as the sea rolled in and over the deck.
Father and son both laughed with the exhilaration of familiar danger.
“We’ll make good time to Melbourne in this.”
William held firm as the boat heaved under another wave. There would be no stillness, no calm sailing. For now, they were in a world of endless movement, of rise and fall without end.

Next fortnight, we’ll hear Jane’s story as told from the perspective of William Chapman.