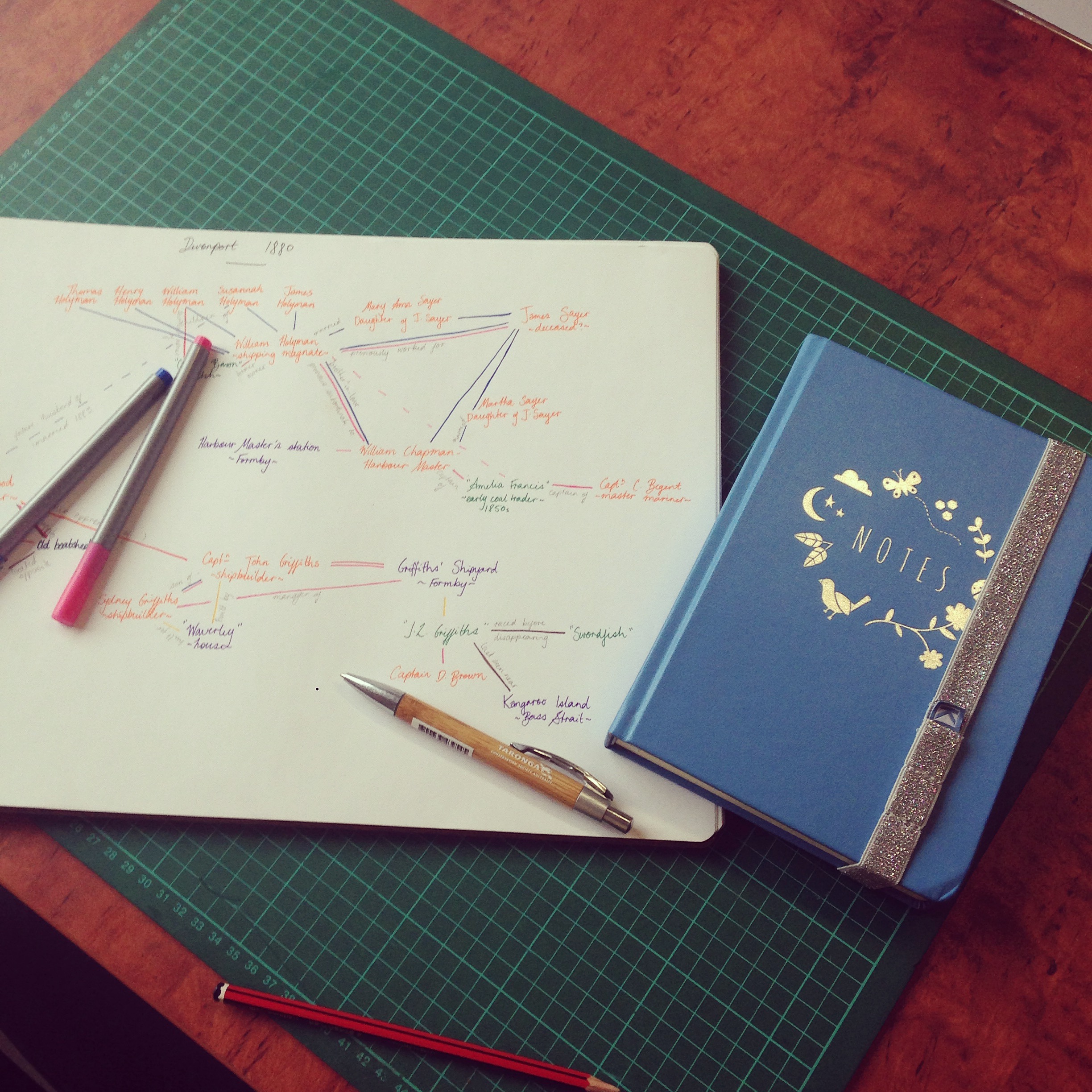 From Where I Stood #2: Mary Ann Sayers, by Jane Beeke

The Tasmanian Writers Centre has selected five emerging writers aged 16-30 as residents in the inaugural Devonport Young Writers in the City program. Jane Beeke spent her residency at the Bass Strait Maritime Museum, writing a continuous story inspired by the history she researched. This is the second entry in this story, which we will roll out as a fortnightly series for you to explore.

Mary Ann stood over the boiling water. Using all of her weight on her laundry stick, she pushed the clothes down into the copper tub. Clouds of steam and black smoke filled the little laundry room. Mary Ann breathed deeply. She caught the linen on the end of her stick and heaved it onto the edge of the copper, like landing a fish.
The door of the laundry opened and cold air rushed in. William was here. He stood close to the copper, warming his wet hands and his wet feet. His face was red from cold.
“Morning,” said Mary Ann. “Have we heard anything?”
“About the J.L. Griffiths?”
William didn’t reply at first, but waited until his wife had hauled another load of linen out of the copper, and the sound of dripping water had subsided.
“No sighting,” he said. “They’ve sent a search vessel from Melbourne, word is.”
“It’s been two weeks.”
“Nearly three.”
They stood together in silence. No ship would ever take three weeks across Bass Strait. She was lost.
“Shame for the old man Griffiths, then.”
Mary put down her stick and stood with William, her back to the warm, wet wall.
“Are you going to tell Bill today?”
“Tell what?”
“Tell him your plan for the Colleen Bawn?”
William nodded. Today, he would gift his son his first ship, and now two William Holymen would sail Bass Strait.

Today was a good day, even from the view of the dark, stinging morning.

Next fortnight, we’ll hear Jane’s story as told from the perspective of William Holyman.