This story was published in the Commissioner for Children Young Creative Writers Awards: Winning Entries 2015 book.

Ruby Wood received a Merit Certificate in the 12-14 age category. Entries for the 2016 awards are now open. 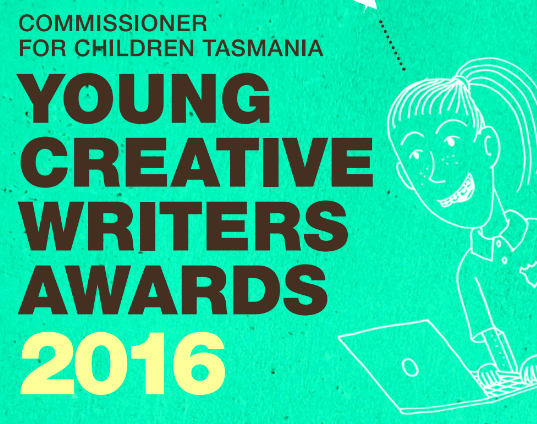 Birds are singing softly. Not real birds of course; those were all destroyed years ago. No, these are simple robots, programmed to behave just as the real ones used to.

A young girl is sitting in her front yard, playing in a sand box while her mother lies under the shade of a stylish beach umbrella, sipping an ice-cold soda. Somewhere, a clock strikes twelve, and all around the neighbourhood alarms begin to ring. The woman looks up, startled at how quickly the time has gone by. She calls to her daughter and gathers their things. She takes the child by the hand and quickly whisks the two of them into the house, locking the door behind them.

Outside, sounds of mechanical clanking and hissing fills the air. It is twelve midday, the time for the government’s ‘street cleaners’ to patrol the city and destroy anyone that is still outside. It’s a way of keeping the population under control, and to make sure no-one becomes brave enough to try to escape the city, to tell others of what goes on behind the tall walls encasing it. The townspeople can do nothing but watch the destruction unfold, and pray that no-one they love is in the open when the fateful time arrives each day.

The woman stands at a window, staring out with an unreadable expression. She spots the street cleaner approaching in the distance and her gaze becomes fearful. She pulls the thick curtains closed and turns around, just in time to see the back door on the other side of the kitchen swing shut. She stifles a shriek, her hands covering her mouth. She runs to the door, and through the glass she can see her daughter tottering towards the sandbox, probably to collect the doll that was left there earlier. The woman weighs up her options; she can either stay in the house, or she can risk death and try to save her daughter from the street cleaner. At first she calls out, trying to catch the young girl’s attention, but the screeching sound of the machinery drowns out all noise. She makes a final decision and tries to open the door, intent on saving her child, but finds it locked. Puzzled, she rattles the handle, trying to pull it open, but to no avail. Gazing at her daughter, her mouth open in a silent scream, the woman sinks slowly to the floor.

The street cleaner notices the child and changes course. Tearing down the fence in one fluid motion, it snatches up the girl and crushes her before throwing the mangled body to the ground. It sweeps the area with its sensors, searching for any other signs of life. When it finds nothing, it turns and resumes its path along the street.

As soon as the street cleaner is out of sight the woman tries the door again, and manages to open it. Sobbing, she rushes over to her daughter and cradles her body in her lap. Before long a hover drone arrives to repair the damage. It fixes the fence quickly and quietly, and then turns its attention to the body. It beeps a warning to the woman, who doesn’t even bother to look up; she merely moves aside, tears still streaming down her face. The drone hovers above the child’s body which quickly becomes pixelated and then begins to disappear, looking as though it has been sucked up inside the robot. The machine turns to the woman, and plays a pre-recorded message.

“We are very sorry for your loss. To aid in your grieving process, your memory will be wiped and compensation will be provided. We thank you in advance for your co-operation. Have a nice day!”

With that, the drone activates a laser which scans the woman’s face and promptly wipes all memories from her, then fills the now empty space with new ones. She stands up, her face blank, and walks back into the house.

Sometime later, the woman wakes to find a young child tugging on her sleeve. She smiles, and allows the girl to pull her outside into the sunshine, where an ice-cold soda is already waiting for her, sitting in shade of a stylish beach umbrella. She sits down and begins to sip the drink, watching the child play in a sand box and listening to the birds sing.