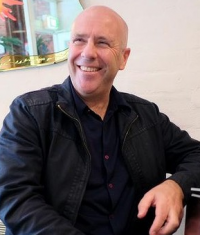 Richard Flanagan is the only Australian writer on the longlist for the Man Booker Prize, which has this year been opened up to writers of any nationality.
Flanagan, who was strongly tipped to win the Miles Franklin Literary Award last month, was included for his acclaimed novel about prisoners of war on the Burma Railway, The Narrow Road to the Deep North.
The Tasmanian writer told Fairfax: ”I am delighted to make the longlist in the year the Booker became the great global prize and I fear I will be easy prey for free drinks for the rest of the week at the Hope & Anchor.”