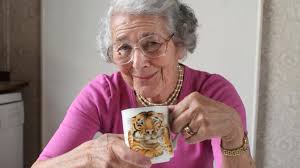 In May 2019, Judith Kerr, one of the world’s most beloved children’s authors, passed away at the age of 95. To celebrate her life and the infinite delight her books gave to both children and adults, Arianne has (with great difficulty) chosen three of her most classic tales to feature.

Judith Kerr was born in Berlin in 1923. In 1933 her family left Germany to escape the rise of the Nazi party. Judith’s childhood was spent passing through Switzerland and France before her family settled in England in 1936. During this time Judith attended eleven different schools. In 1945 she was awarded a scholarship to attend the Central School of Arts and Crafts.

In 2016 Judith was awarded the Booktrust Lifetime Achievement Award, and in 2019 was declared Illustrator of the Year at the British Book Awards.

Mog the Forgetful Cat is a delightful introduction to the hilarious and heart-warming Mog, the feline hero of one of Kerr’s best loved picture book series. In this first tale, Mog forgets he has a cat flap, a memory lapse resulting in entertaining and surprising consequences.

The Tiger who came to Tea

Perhaps Kerr’s most famous picture book, The Tiger Who Came to Tea was inspired and developed from a bedtime story Kerr would tell to her daughter. This wonderful tale follows a mother and her daughter as they sit down to tea and are interrupted by a tiger wishing to join them. The antics that ensue are what makes this story particularly memorable. Since its publication in 1968, this children’s classic has never been out of print.

When Hitler Stole Pink Rabbit tells the story of Kerr’s early years; her family’s escape from the Nazi party and their journey across different landscapes and cultures. At once eye-opening, compelling and frightening, Kerr paints a vivid picture of an unconventional childhood filled with love, literature and adventure, even whilst cruel forces threaten to overshadow it.

“I know,” said Anna… “But it won’t be the same – we won’t belong. Do you think we’ll ever really belong anywhere?”

“I suppose not,” said Papa. “Not the way people belong who have lived in one place all their lives. But we’ll belong a little in lots of places, and I think that may be just as good.”

Judith Kerr’s memory will live on in the hearts of children and adults all over the world as her timeless words continue to be read and enjoyed.