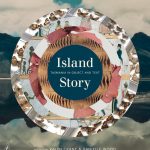 Island Story pairs stunning photographs of unique items from the Tasmanian Museum and Art Gallery with a selection of original pieces of writing from authors such as Anthony Trollope, Marie Bjelke-Petersen, Helene Chung, Jim Everett, Heather Rose and Ben Walter. These marvellous objects include elaborate shell necklaces, colonial scrimshaw and even a pincushion fashioned from a Thylacine jawbone. This beautiful book is the perfect new edition for your coffee table, though it won’t stay there for long – you’ll want to read it cover to cover as soon as you lay eyes on it! 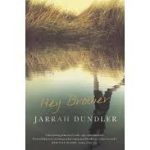 “A devastating portrait of youth, rage and tenderness. Trystan Black is an enormous achievement and Dundler is a writer to watch” – Kristina Olsson, author of Boy, Lost.

Trystan Black is trying to stick to the mission his older brother Shaun left him before leaving to fight in Afghanistan: Keep out of trouble. But with his Mum drinking more than ever and his Dad doing nothing to help, Trystan responds in the only he way he knows how, with his fists. He gets into fights at school and spoils for another with his Uncle who has come to stay. When news arrives Shaun will be home for Christmas, Trysten believes things are finally turning up, but when Shaun returns, Trysten soon realises his new mission is to keep Shaun away from trouble.

Hey Brother is a story of resilience, fury and courage, told with a blend of humour, wisdom and tenderness. Make sure you read this one.

Kids recent release: Anyone But Ivy Pocket by Caleb Krisp. 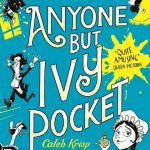 “Who can you rely on to deliver a priceless diamond to a undeserving heiress? Anyone but Ivy Pocket! Fans of Lemony Snicket – Your new hero awaits” – Better Reading.

Ivy Pocket is twelve years old and works as a maid with “all the natural instincts of a wartime Prime Minister.” Ivy has agreed, for the generous sum of 500 pounds to deliver the Clock Diamond, the Duchess of Trinity’s most precious possession, to the spoiled and horrible Matilda Butterfield on her twelfth birthday. What follows is a jaw dropping journey from Paris to England, where Ivy makes both friends and enemies, and soon finds herself in the centre of a dangerous conspiracy. This book will have kids laughing, gasping, and on the edge of their chairs with suspense!

Tasmanian Classic: The Morality of Gentlemen by Amanda Lohrey. 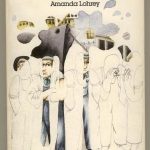 First published in 1984, The Morality of Gentlemen is one of the greatest Australian political novels of the decade. In this novel Lohrey, one of Australia’s leading social commentators and novelists, has created a rich and gripping political narrative that is as relevant today as it was when it first came out. It tells the story of intelligent and ironic men and women dealing with the timeless struggle of oppression by the wealthy and powerful, and the political Right.

“The Morality of Gentlemen is one of the ten best books of the Eighties.” – Peter Craven, The Age.