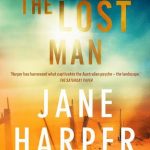 “I started it at noon and at 2am that night I closed it and totally understood what all the fuss was about. It was even better than The Dry” – The Age

The Bright Family’s quiet life is thrown into turmoil after their son Cameron is found dead. Was it suicide, or something more sinister? One thing is certain, the isolated outback leaves few suspects. Jane Harper has once again created a riveting and powerful read of suspense and mystery set in the atmospheric landscape of the Australian outback. 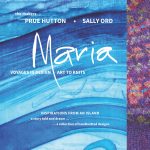 A four day walk on Maria Island inspired Prue Hutton to create a series of sketches and diary entries that have been interpreted in unique handknits by Sally Ord. Be immersed in the wonder, tragedy and romance of this jewel of an island off Tasmania’s coast in this rare and beautiful collection. 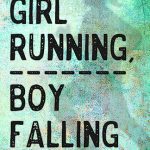 “Do you ever look at the sky and think that’s where we belong? Like maybe the world is the wrong way around and we’re meant to be up there, floating?”

Girl Running, Boy Falling, tells the story of Therese, a sixteen year old girl who lives with her Aunt Kath in a small island town. She has great friends, a wonderful boyfriend, her feet have always been on the ground. But when the person she loves most falls, Therese and her perfect world fall with him, and for the first time, Therese can’t stand being on the ground. Girl Running, Boy Falling is a brave and brilliantly honest exploration of teen suicide, surviving trauma, and the ups and downs of teenage life.

Tasmanian Classic: They Found a Cave by Nan Chauncy. 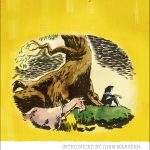 After being evacuated from war torn London, Cherry and her brothers are sent to live with their Aunt Jandie on a farm at the bottom of the world, Tasmania. When their aunt falls ill and is sent to hospital, Ma Pinner moves in. A harsh and nasty old lady, the children leave the farm more and more frequently to escape her tyranny. They soon find a cave while exploring the surrounding bushland, a cave that becomes their secret place.

Originally published in 1958, They Found a Cave is a story of resilience, friendship and adventure by Nan Chauncy, one of Tasmania’s most well known and loved children’s authors.