This month we also have a great competition for you. We have copies of Kate Grenville’s A Case Against Fragrance, Rebe Taylor’s Into the Heart of Tasmania, and Rachel Tribout’s The Journey of Admiral Bologanise to give away.

Drop our Community Engagement officer Ruth an email on ruth@taswriters.org with ‘March Reading Competition’ in the subject line and a note of which book you’d like to win. Winners will be selected at random and notified by email. 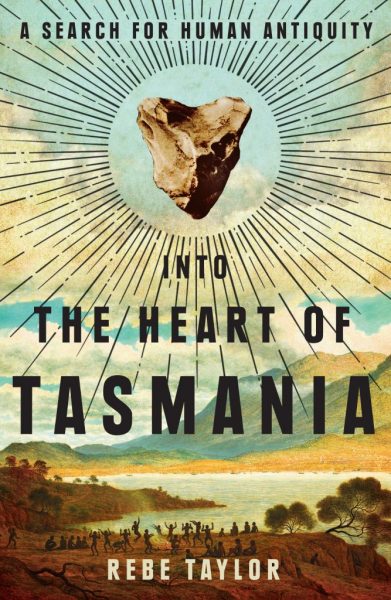 In 1908 English gentleman Ernest Westlake packed a tent, a bicycle and forty tins of food and sailed to Tasmania. On mountains, beaches and in sheep paddocks he collected over 13,000 Aboriginal stone tools. Westlake believed he had found the remnants of an extinct race whose culture was akin to the most ancient Stone Age Europeans. But in the remotest corners of the island Westlake encountered living Indigenous communities.

Into the Heart of Tasmania tells a story of discovery and realisation. One man’s ambition to rewrite the history of human culture inspires an exploration of the controversy stirred by Tasmanian Aboriginal history. It brings to life how Australian and British national identities have been fashioned by shame and triumph over the supposed destruction of an entire race. To reveal the beating heart of Aboriginal Tasmania is to be confronted with a history that has never ended.

Dr Rebe Taylor is a historian specialising in Tasmanian anthropology and archaeology. She first encountered Tasmanian Aboriginal history on a beach on Kangaroo Island, South Australia, hearing stories about the women who had been taken there by sealers. She has been trying to understand the history of Tasmanian Aboriginal diaspora, loss, rediscovery and endurance ever since. 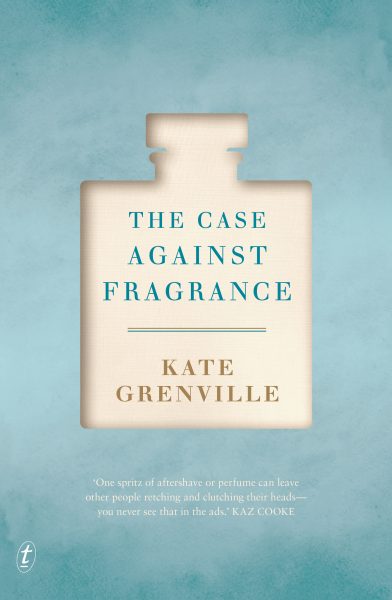 Kate Grenville had always associated perfume with elegance and beauty. Then the headaches started.

Like perhaps a quarter of the population, Grenville reacts badly to the artificial fragrances around us: other people’s perfumes, and all those scented cosmetics, cleaning products and air fresheners. On a book tour in 2015, dogged by ill health, she started wondering: what’s in fragrance? Who tests it for safety? What does it do to people?

The more Grenville investigated, the more she felt this was a story that should be told. The chemicals in fragrance can be linked not only to short-term problems like headaches and asthma, but to long-term ones like hormone disruption and cancer. Yet products can be released onto the market without testing. They’re regulated only by the same people who make and sell them. And the ingredients don’t even have to be named on the label.

This book is based on careful research into the science of scent and the power of the fragrance industry. But, as you’d expect from an acclaimed novelist, it’s also accessible and personal. The Case Against Fragrance will make you see—and smell—the world differently. 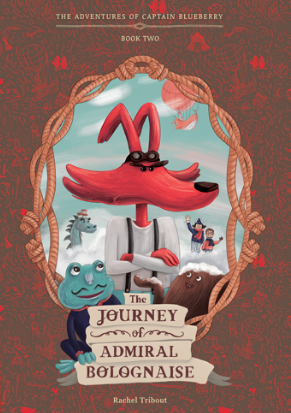 The Journey of Admiral Bolognaise joins Monsters of Tasmania as the second book in the Captain Blueberry Series by Tasmanian author and illustrator Rachel Tribout. Made possible through a Pozible campaign , this beautifully designed book follows the adventures of one Admiral Bolognese as he decides to prove that monstrous monsters don’t exist…but can he!?

While the first story in the series is in a purely Tasmanian setting. the second ventures further afield (although you still might spot some familiar places!). This is a hugely appealing book for children and adults alike. 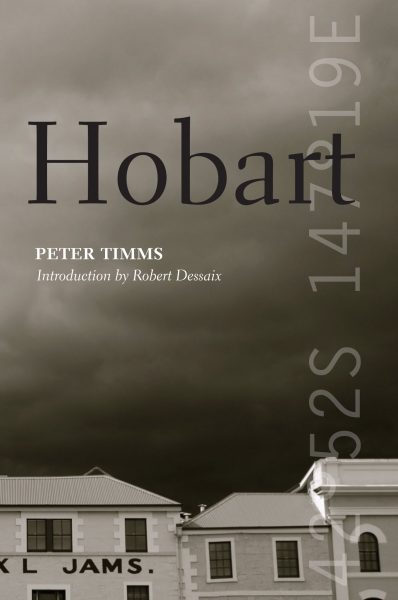 Acclaimed writer Peter Timms leads us on a journey through his adopted city of Hobart. He reveals a city in transition, shaking off its dark and troubled past to claim its special place in the post-modern world: ‘going boutique, nice and slow’, as one overseas visitor notes. Timms brings a wealth of fresh insights on everything fromHobart’s convict legacy, its spectacular natural setting, heritage architecture and climate, to crime rates, economic hardship, and the ‘MONA Effect’.  He explores the city with a mixture of affection, admiration, frustration and sadness, interviewing a wide range of residents along the way. Those who have experienced Hobart as tourists will be surprised and intrigued by the lively, complex society this book reveals. Those who live here will surely discover their city anew. Read a Q&A with Peter Timms about the book here.

Peter Timms is running a two-part A Writers Journey workshop for the Tasmanian Writers Centre on 8 & 9 April about doing research for fiction and non-fiction. Further details and bookings are here.