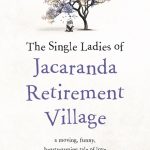 “…This book is a joy – it’s a celebration of age instead of an apology for it, and a reminder that life is always an adventure if you let it be. I loved this uniquely endearing book” Kelly Rimmer, from the Hachette Australia webpage.

Seventy-nine year old pensioner Peggy Smart’s week revolves around aqua aerobics and doctors appointments. After being involved in a minor traffic accident, relations have turned tense with her grown-up children, and Peggy fears they are trying to take away her independence. Peggy loves watching her neighbour Brian leave for his morning swim, and dreams of inviting this handsome widower to an intimate dinner. But why, she thinks, would Brian be interested in her? As a woman of a certain age, sometimes Peggy feels invisible. But when an old school friend Peggy hasn’t seen in decades, the glamourous Angie Valentine arrives, Peggy is thrust on an unexpected and hilarious journey of self-discovery.

Kids Recent Release – The Wizards of Once by Cressida Cowell. 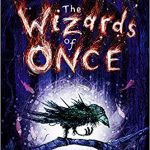 From best selling author of How to Train Your Dragon comes The Wizards of Once, an exciting new adventure series filled with wizards, warriors, sprites and giants.

Xar is a wizard boy who has been deprived of magic, and is willing to do anything to get it. Wish is a warrior girl in possession of a banned magical object, and she will do anything to conceal it. In this heart-stopping adventure, Xar and Wish must work together in order to accomplish their dreams and save the world. 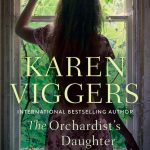 “A captivating read that reflects the real Tasmania” – Favel Parrett, author of Past the Shallows.

Set in remote Tasmania, sixteen year old Mikaela has grown up homeschooled on an apple orchid until an unexpected event rocks her world. Eighteen months later, she finds herself running a small business with her older brother Kurt. Mikaela longs to make friends and spend time in the forest she loves so much, but Kurt, who has secrets of his own, keeps her a virtual prisoner. When Mikaela meets Leon, her world begins to change. But in order to uncover the truth of her past and discover her strength and spirit, Mikaela must learn to stand up for herself. The Orchadist’s Daughter is a beautiful story of friendship, hope, and resilience.

Click the link below to read more about The Orchadist’s Daughter in Arianne’s Q&A with Karen Viggers: 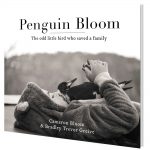 If you haven’t already, it’s time to lose yourself in this gorgeous little book with a big heart. Penguin Bloom is a true story of courage and hope to savour.

After a terrible accident leaves Sam Bloom paralysed, she falls into a deep depression. But then into their lives comes Penguin, a magpie chick who was abandoned after falling from her nest. Penguin helps brings strength and joy back to the Bloom family in surprising and beautiful ways. Penguin Bloom will make make you believe that sometimes, things fall into place at just the right time.

“This plucky little magpie reminds us all that, no matter how lost, fragile or damaged we feel, accepting the love of others and loving them in return will help to make us whole.” – http://www.penguinbloom.com

Penguin Bloom is soon to be made into a film produced by Reece Witherspoon and starring Naomi Watts.