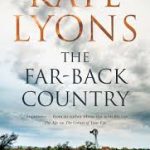 The Far-Back Country tells the story of Ray McCullough. After an altercation with his father, seventeen year old Ray ran away from home, leaving his whole family behind. Now forty-one and living in the remote outback of New South Wales, Ray lives his life in solitude, certain that he has inherited his father’s violent tendencies.

When a body is found in a country pub, along with Ray’s identification, his sister Ursula thinks she can finally stop looking for him, a search that has consumed most of her adult life. But after she collects Ray’s belongings she begins another search, a search to understand who her brother became and why he ran away all those years ago.

The Far-Back Country is moving novel about the nature of memory, mistaken identity, and how the very idea of family can play a role in defining us. 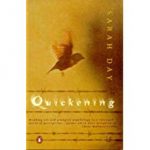 If you are seeking some poetry to warm these winter nights, look no further than acclaimed Tasmanian poet Sarah Day’s collection, Quickening. Day’s writing is elegant in its simplicity and achingly poignant. Highlights for me include Children’s Ward, Leopard at the Zoo and Night Train. 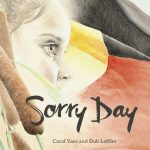 An important and unforgettable story set during the apology made by Kevin Rudd to Australia’s Stolen Generations. Sorry Day follows two stories in parallel. In one is Maggie, a young girl listening to the speech with her Mother who, in the bustle of the crowd becomes separated from her. Maggie’s story is interwoven with heartbreaking tales of indigenous children hiding from the men coming to take them away from their families and who, unlike Maggie and her Mother, are not reunited. Sorry Day is a picture book that has the power to help everyone, children and adults alike, understand the truth about the Stolen Generations and is a reminder of how important it is to confront and remember the terrible things which occurred in Australia’s history 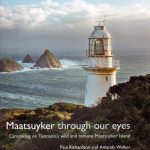 Maatsuyker Through Our Eyes, by Paul Richardson and Amanda Walker.

Caretakers of Maatsuyker Island on the southernmost corner of Tasmania, Richardson and Walker chronicle their impressions of island life, from the wild and wooly to the serene and sunny. Accompanied by beautiful photographs and Amanda’s stunning artwork, this book is not to be missed. As Chris Wisbey from ABC Radio says:

“Be wary when the seals vanish from the rocks below, for they know what is coming – at 100 knots, with island-shuddering swells and torrential rain. Where time is measured in toilet rolls and blocks of chocolate. To live in the weather, alone together at the bottom of the world, challenged, confronted – and amazed and enchanted, the absolute privilege of life on Maatsuyker. Read this book, and envy Amanda and Paul.”