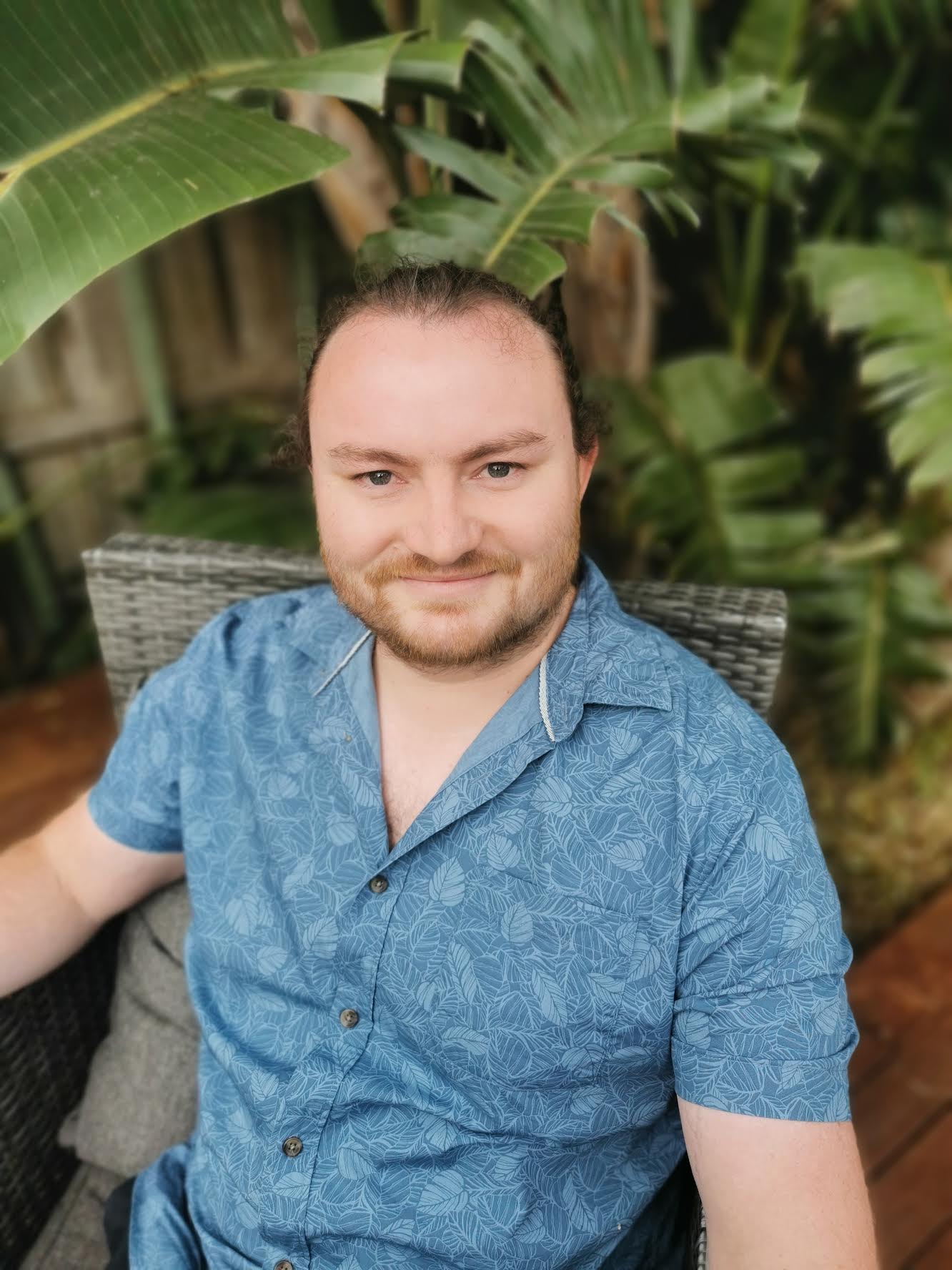 This month our recommended reads column features Tasmanian writer Zachary Harris, author of Sons of Burke, the first novel in what will be a five book saga published by Pegasus Publishers. 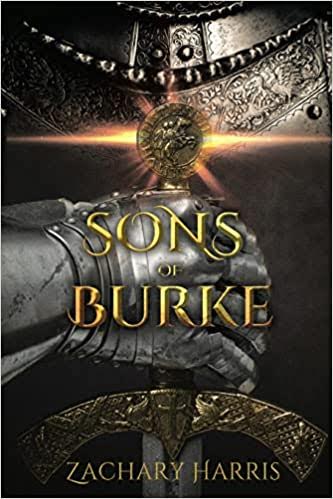 Have you always wanted to be a writer?

I have loved writing since early high school, and since then I have aspired to be an Author. My first real foray into it was at 13 years of age, when we were required to write a short story as part of our history class. I channelled my inner Skald and crafted a short piece about a Viking raider, who claimed an adopted son on a raid. Such was its quality, the teacher initially believed that I had copied it from somewhere, despite my writing the entire piece in front of him with pen and paper. Yet, I chose not to be discouraged by this. How could I be? I had just had my eyes opened to the endless possibilities of worlds undreamt of and stories untold. From that moment I was hooked.

I am also nearly into my final year at University, studying a Bachelor of Arts (majoring in Creative Writing and Publishing).

My all-time favourite Author has to be none other than the late Robert Jordan. His Wheel of Time series is what got me into reading for pleasure in the first place. Again, it was during my high school years, in the same year that I wrote my first short story, that reading a novel outside of class became a requirement. I remember walking into my local bookstore, heading down to the Fantasy/Sci-fi section, and seeing the Wheel of Time series in their gorgeous black covers. I chose one, book 7, A Crown of Swords, based on nothing but the title and the blurb. For those familiar with the series, you will well understand just how confusing I initially found it. But I loved it! So much so that I read the rest of the series (only out to book 9 at that time), before going back to the beginning and reading through the whole series. It was a feat that I would repeat as each new novel was released.

I also have a love of the Authors, William King, Graham McNeil, and Guy Haley, but I will read anything that is well written and can immerse me into the narrative. The sweet spot is when you’re so immersed, you forget you’re even reading a book.

What does your ideal daily writing routine look like?

My ideal routine would be to set myself up in a quiet study, lined with bookshelves whose heavy timbers groan under the weight of the books they hold. A view of mountains out one window, the sea out another, and a wood fire crackling in an open hearth. In such a place I could write from the earliest hours, when the sky is set afire from the sun’s first rays, and long into the night, where wild-things crawl through the dark, eating their fill.

Alas, this ideal remains but a dream.

For now, I must content myself with writing of a night, after my children have gone to bed, and before I must explain to my wife that I am on a roll, and therefore cannot possibly come to bed just yet.

Where did the inspiration for Sons of Burke come from? 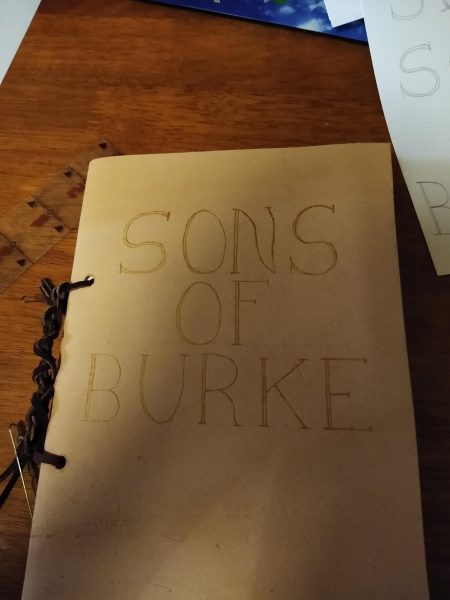 I initially wrote Sons of Burke as a gift for a friend. You see, a close friend of mine was turning 30, and I had no idea what to get him. I knew I wanted it to be special, but the day was approaching, Covid lockdowns were looming, and my family were living on a single income. Then the idea came to write him a story, so that is what I did. I crafted a short story of 5000 words and printed it out on thick gauge paper. Then I requisitioned an off cut of leather from my Father’s hobby supplies for the cover, while my wife helped me braid leather cord for the binding.  At last I painted the title by hand.

In doing this, I fell in love with the characters and the setting I had forged for them. They filled my mind with worlds and words un-ending. And so I turned that short story into a novel. Now, that short story can be read by everyone, as the first chapter of my novel Sons of Burke.

On difficult days, what do you do to keep yourself motivated?

On the difficult days, when I feel sluggish, and the right words seem as though they don’t want to found, like an elusive game of cat and mouse that I am destined to lose, I just write. I force myself to sit down at my computer. I resist the urge to simply edit what I already have, only allowing myself to read the preceding paragraph or two, and then I write. I tell myself that even if what I write is not up to scratch I can always edit it later. More often than not, by the time I am a few sentences in, that over-enthusiastic bouncer that was keeping my muse out has relented, and the words, ideas and emotions flow.

I find that approaching writing as work helps immensely. It is fun work, but still work. This change of mindset helps to elevate my writing out of ‘hobby’ status, in which I can perpetually procrastinate, and drives me to press on, to achieve the goals I have set myself, and to craft an engaging tale, in which I can immerse my readers in so thoroughly, they feel like they’re actually experiencing it through the souls of my characters.

Describe your pathway to publication with Pegasus

As a first-time Author, I was genuinely unsure of how to go about getting my work published. And so I did the only reasonable thing I could, I researched. I researched query letters and one-page synopsis. I hunted for advice from those that had successfully gone before me, and I studied as many publishing houses and literary agents as I could. Once armed with this knowledge, I tailored my submissions individually to every publisher and agent that I approached, and it paid off. I received no fewer than 3 offers of a publishing contract!

After the elation and excitement had subsided enough for me to think clearly again, I researched even more, and ultimately decided that Pegasus were the Publisher for me and Sons of Burke.

How long did it take you to write this book?

All up it took me a little under a year to write Sons of Burke. Yet, it was not under ideal circumstances. Covid lockdowns hit hard and by day I was home schooling my kids. After I had them in bed, and had prepared for the next day, I set to the task of writing. I’d write for hours, long into the night, losing myself in the narrative. It wasn’t uncommon for my wife to come into to the room and ask me if I knew it was 2 in the morning. Needless to say, there were a lot of sleepy mornings during that time.

What is the best piece of writing advice you’ve received?

Take notes. Take lots of notes! You never know when an idea will pop into your head, or where the winding road of your characters may take you. It’s for this reason that I have a file on my phone and computer both, along with a sketchpad next to my armchair. Whenever an idea pops in my head, whether I’m daydreaming or frantically trying to switch my brain off in bed, I add the idea to my notes. It is immensely beneficial, not only for keeping new ideas secure from the ravenous jaws of forgetfulness, but it helps keep track of your setting’s canon, its lore, its truth. Doing so enables you to capture an authentic feeling. It allows you to immerse yourself, and by extension the reader, into your characters, setting, and narrative.

Sons of Burke is the first novel in a saga that is planned for 5 books, with each containing not only its own story, but advancing the series’ overall narrative.

The second novel, Sons of Burke: Knighthood, is well under way and it expands upon the setting, showing the rich diversity of the nation of Atropos, and how its people interact with each other and the wider setting. We’ll see from the lowest commoner, to the very King and his High Lords. We will get to see what fate has in store for the Sons of Burke, and how they fare in forging their own destiny. We’ll also see how the setting evolves as the Paladin, Thomas Burke, must contend with the intrigue of the King’s court, and venture deep into Elven lands, to prevent hell being unleashed upon the world. It is a very exciting time!

TasWriters thanks Zachary for taking the time to speak with us.