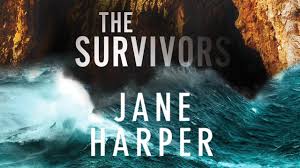 “A sunken wreck, a missing girl, and questions that have never washed away…”

“Jane Harper creates an impressive landscape that serves to illustrate how the experience of place inevitably shapes the lives of those who live there. You may find it hard to leave behind.” Sydney Morning Herald.

Set in Tasmania against a striking coastal backdrop comes The Survivors, the latest novel from best-selling author of The Dry and Force of Nature, Jane Harper.

Kieren Elliot is still haunted by the devastating consequences of a reckless mistake made years ago. The guilt from that awful day resurfaces when he takes his young family back to Evelyn Bay, the small coastal community he used to call home. In a town where livelihoods are forged by the sea, Kieren’s parents are struggling, and still trying to come to terms with the absence of their son and Kieren’s brother, Finn.

When a body is discovered on the beach, firmly kept secrets come slowly to light. The Survivors will keep you tight in its grip from the first page to the last and spit you out gasping for air and hungry for more. 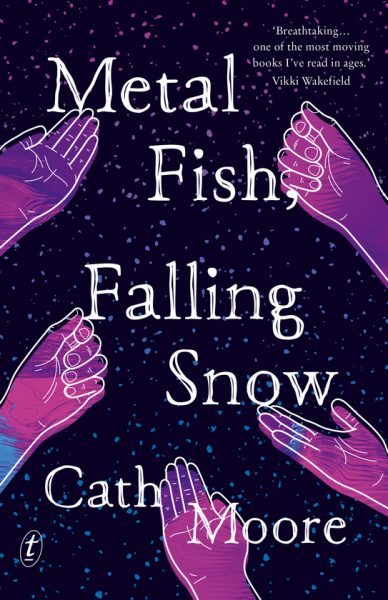 Dylan and her French mother dream of one day sailing across the sea to live in Paris, where Dylan believes her black skin won’t stand out so much, and might be a place where she can finally feel she belongs.

But when her mother dies suddenly, Dylan finds herself on a road trip across outback Australia with Pat, her mother’s grief stricken boyfriend. Travelling through remote towns far from the water that Dylan yearns for, she and Pat form an unlikely bond. A bond that will be severed when Pat leaves Dylan with the family she has never known.

“Metal Fish, Falling Snow is a warm, funny and highly original portrait of a young girl’s search for identity and her struggle to deal with grief. Through families lost and found, this own-voices story celebrates the resilience of the human heart and our need to know who we truly are.”- Text Publishing. 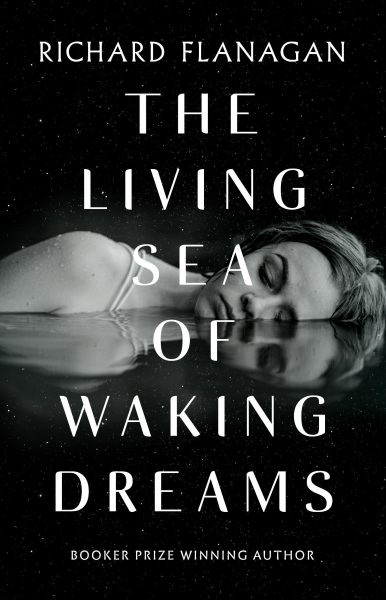 “An ember storm of a novel, The Living Sea of Waking Dreams is Man Booker Prize-winning novelist Richard Flanagan at his most moving – and astonishing – best.” – Penguin.

Anna’s elderly mother is dying in a chaotic, fading world. But her three children don’t want to let her go. Condemned by their pity to living, she escapes through her hospital window into visions of horror and wonder.

Anna begins to experience the draw of the window after her finger vanishes, followed a few months later by her knee. Soon Anna notices that things all around her are vanishing, but no one else does. The only thing Anna can do is keep her mother alive. But the window is opening ever wider, pulling Anna and the reader deeper into its beautiful, haunting universe.

Penguin Books Australia Publisher at Large, Nikki Christer, says, “Richard Flanagan reinvents himself with every new book, and this is no exception. The Living Sea of Waking Dreams … is an elegy to our disappearing world. It is a beautiful, haunting novel of love and hope – a work of art on the page. It is impossible not to be moved by it.”

To read more about Flanagan’s new book, check out this article in The Guardian – https://www.theguardian.com/books/2020/sep/29/richard-flanagan-despair-is-always-rational-but-hope-is-human

Tasmanian Classic: Into the Wilderness: The Life of Deny King by Christobel Mattingley. 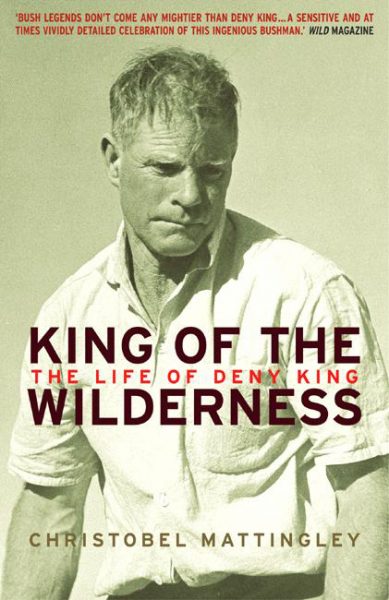 King was born in Tasmania in 1909 and had a remarkable childhood on a remote property in the Huon hinterland. Mattingley details his bush upbringing, long-distance romance with his wife Margaret, and his life as a sailor, tin-miner and naturalist on his isolated home in Tasmania’s rugged south-west.

Deny was responsible for the area around Melaleuca being successfully declared a World Heritage site. During his life he identified several new species of plant, and established a recovery program for the endangered orange-bellied parrot. In his later years, Deny became a respected wildlife painter.

In King of the Wilderness Mattingley brings to life this great Australian character, a man whom walkers would hike for days to visit, as famous for his ability to predict the weather as he was for his knowledge of the natural world.