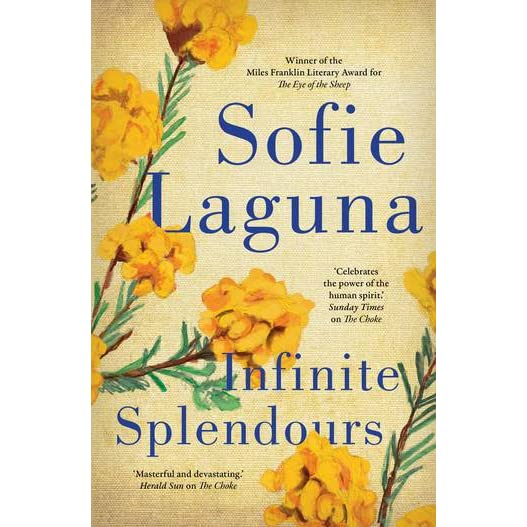 “A bold new literary novel from the author of the award-winning The Eye of the Sheep and The Choke. Infinite Splendours is an extraordinary novel, incandescent with love and compassion, rich in colour and character” – Allen and Unwin.

Lawrence Loman is a sunny, caring, curious boy with a talent for painting. He lives with his mother and younger brother, and his future is full of promise. But when Lawrence turns ten, a devastating betrayal changes everything, and Lawrence is left to deal with the tragic aftermath.

As he grows into a man, Lawrence tries to make sense of what he has suffered. History cannot be re-wrtitten, but that doesn’t mean he is condemned to repeat it, does it?

Kids Recent Release: Pierre’s Not There by Ursula Dubosarsky, illustrated by Christopher Nielsen. 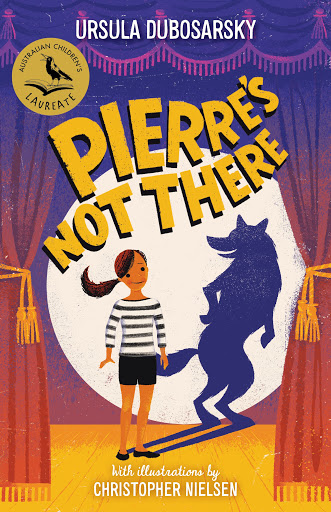 Lara had always wished she was a dog, and one day, just for a short time, she actually became one. This is how it happened.

From Ursula Dubosarsky, the Australian Children’s Laureate for 2020 – 2021, comes Pierre’s Not There, a delightfully imaginative and captivating story.

When Lara is exploring the mulberry brick house her mother cleans, she meets Pierre, a boy with a beautiful antique puppet theatre. Pierre, with the help of his puppets, tells Lara a tale about a boy whose family has been eaten by wolves. The boy, lost and frightened, needs to find his grandmother. In the story, Lara takes the role of the dog, but as the story winds on, Lara finds she can no longer tell where she ends and Dog begins. Maybe she is actually Wolf? Swept up in Pierre’s story, Lara must fight to hold on to her identity – and her new friend. Will Lara be able to help Pierre find his way home? 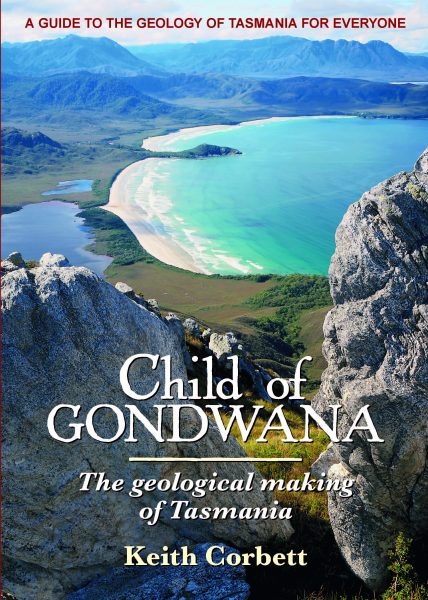 In Child of Gondwana Keith Corbett describes the geological make-up of Tasmania, explaining how the island’s unique geology came to be and illustrating the importance of treasuring one of the few remaining areas which contains pristine wilderness in a first world economy.

As Warren Boyles states “Keith Corbett has created a book that will enhance your enjoyment of Tasmania’s wilderness. By showing what is beneath the amazing scenery, this book provides an understanding of the landscape and explains why, over eons of time, Tasmania and its islands have become what they are.” 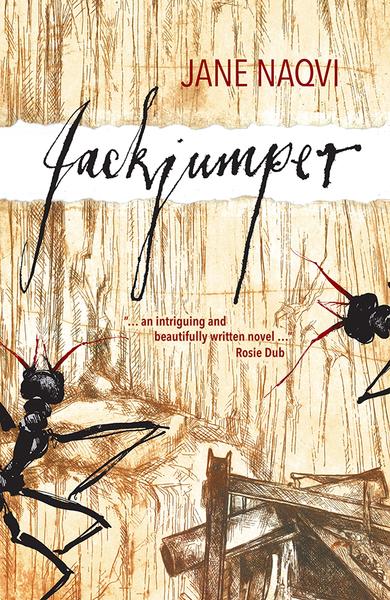 On the path to become a Tasmanian classic, Jackjumper is the debut novel of Tasmanian educator and writer, Jane Naqvi. It is a story which moves between Australia, the UK and India and explores the complexities of identity, belonging, parenthood and the limits of forgiveness.

Annie and Jak – mother and wayward son. Jak is being silly when he steps into a nest of jackjumpers. The first sting in his life’s story.

Annie believes her destiny was inadvertently determined by her father’s deception in the wake of Mahatma Gandhi’s assassination.

Throughout the novel, isolated, violent events also sabotage Annie and Jak’s lives, and each is plagued by guilt. For seven years, they hide from the world and each other, Jak in India seeking atonement, Annie in Tasmania harvesting resentment.

But when Jak contacts Annie about a plan to sculpt a cafe in the abandoned granite quarry on Tasmania’s Freycinet Peninsula, she must decide whether she is ready to forgive and come to his aid.

Click the link below to read an interview with Jane and find out more about Jackjumper and the creative process behind it – https://taswriters.org/qa-with-jane-naqvi/