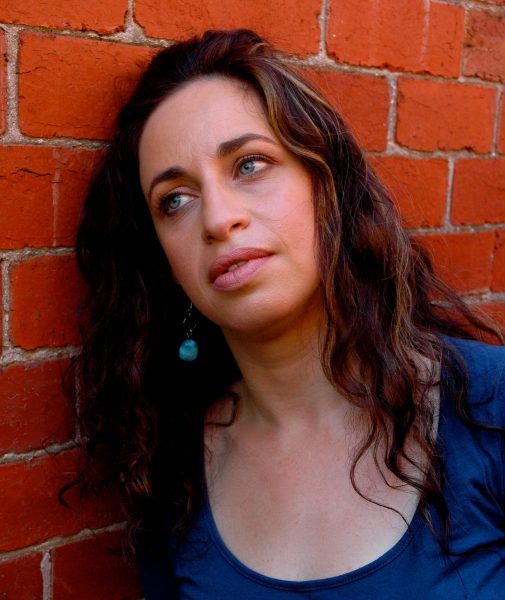 Maria Tumarkin is an author, cultural historian and a powerful voice in the world of Australian writing. Born in the Ukraine, Maria’s childhood, although filled with much love and friendship was overshadowed by the political turmoil of the era. Maria and her family emigrated to Australia in 1990 when she was sixteen, just after the collapse of the Berlin wall.

My first experience with Maria’s writing was through her powerful lecture on the Royal Commission into child sexual abuse.

Maria’s piece can be viewed via this link: http://theconversation.com/friday-essay-svetlana-alexeviech-didnt-make-it-to-the-royal-commission-65090

I will be forever grateful for her eye-opening piece, not only for shedding light on the dichotomy between the necessity of the commission as well as its injustices, but for introducing me to Svetlana Alexievich. Alexievich, a Belarusian investigative journalist understands and writes about human suffering in a way that transcends everyday assumptions. Alexievich has inspired Maria for fifteen years. About her writing Maria says,

“Her ability to delve deeply into another persons voice and consciousness is incredible. Creative non fiction is about getting to know other worlds and building bridges between yourself and the experiences of others.”

I asked Maria what she believed were the first steps in fostering a more compassionate society. How do we teach others not to look the other way? Maria says that most people lead quite privileged lives, but when you get to know them, they often have painful stories to tell, either about things that have happened to them directly, or through intergenerational trauma. “Very few escape it,” Maria says. In response to looking the other way she says, “Some people have an amazing capacity to create an alternate reality for themselves to block out painful experiences.”

Asking people to pay attention to what’s around them can be a mind-field as pain and suffering are constant, if often unseen presences. In her experience however, young adults tend to be very open to helping others, are anxious about the world’s increasingly uncertain future, and eager to find solutions.

Maria’s academic career began when she studied 20th century history at the University of Melbourne, as well as poetry and creative writing. It was while completing her PhD on the cultural sites of trauma that she realised she didn’t want to be an academic, but instead sought to touch the hearts and minds of others through her own writing. She wanted to ask pressing questions in a creative way. After completing her PhD she wrote Otherland, a book detailing the journey she took with her daughter back to Russia and the Ukraine. A poignant story on the power of the past and of the bond between mothers and daughters, Otherland was shortlisted for the Victorian Premiers Award (best non-fiction) NSW Premiers Award (best non-fiction and community relations categories) and the Age Book of the Year.

Maria stresses the importance of reading, and reading extensively and critically for people of all ages, saying, “The communal experience and the conversations reading opens up are invaluable.” I asked Maria if there was a formula for writing great non-fiction. She says non-fiction writing makes space for the personal in the creative. It connects one’s experience with other people to the world. Once people understand that great writing is non self-indulgent, it becomes a matter of how to make it deeper than one’s own personal exploration. She encourages people to go beyond formulas and clichés.

“Imagine you’re on a six lane highway with many cars all travelling in the same direction. A real writer gets off the highway and goes down the ghost tracks,” She tells me.

Maria believes that non-fiction is collaborative, saying, “You hook up with people with different universes in their heads and merge together to make an incredible piece of work.” She is involved in a number of artistic collaborations with visual artists, and has also written a series of audio books for the Melbourne Museum, which provide an interactive educational journey for listeners.

I’m always curious about the routines of writers. For Maria there is no such thing as a typical writing process. She has a full time job teaching creative non-fiction at the University of Melbourne, so how much time she spends on her writing depends on what stage of her project she is in. There is often much research involved, which she loves, saying she would research endlessly without writing a thing if given the chance. “You never know what you’re going to find,” she says. When it comes to introducing people to research, Maria says it’s very important to teach them to keep their minds open. “You might stumble across some information that completely changes how you approach your research question, and that is completely fine. You should embrace it.”

Maria shared her top tips for writers of non-fiction (and writing in general):

-Be an attentive, generous and devoted reader.

-Write about things that matter to you. Don’t bother with subjects you find lukewarm.

-Be prepared to change direction and be inspired.

-When editing, remember that nothing really happens before the fifth draft. Celebrate sculpting and re-sculpting your work.

-Always remember that it’s completely ok not to know where you’re going with a project. If you know everything your piece is already dead. We discover things as we write about them. Writing is an existential process, not simply a creative one.

To the future now and Maria is working on a new book she tells me explores the idea that the past in not something that is safe and contained, but alive in the present. Maria believes the past “is an explosive yet invisible presence.” For Maria, creative non-fiction is the most exciting, interesting, boundary pushing, world-enlarging genre. She hopes to infect others with her enthusiasm.

It was a privilege to have the opportunity to chat with Maria Tumarkin. Don’t miss out on a place in her upcoming master class at the Tasmanian Writers and Readers Festival. Tickets can be booked here http://www.taswrf.org/sessions/masterclass-maria-tumarkin/