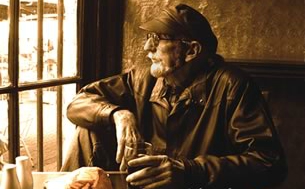 A new short story competition has been launched in honour of eminent and accomplished Tasmanian short story writer Geoff Dean.

The Geoff Dean Short Story Competition will run biennially and is open to all Australian writers for outstanding short fiction between 3000-10,000 words.

Geoff Dean, who passed away in 2011 at the age of 83, had spent half a century writing short stories and he also played a key role in forming the Tasmanian Writers’ Centre. He published numerous works and won a string of prizes for his gritty tales of humour and sadness. Born in Hobart, his short stories were described as some of the best in the country. Geoff won many literary prizes and awards, including the State of Victoria Short Story Award and the Arafura Literary Award. His story, The Town that Died, was made into a TV drama and broadcast by the ABC in 1986.

The judges for the competition are well-respected Tasmanian author Amanda Lohrey, Gippsland author Bruce Pascoe, and Caroline Dean – the daughter of Geoff and his wife Elizabeth, also a renowned writer. Caroline and her family have recently set up the Dean Foundation in honour of their parents, and aim to promote short story writing.

“Short stories are often an undervalued genre and yet in our fast moving lives, they fit perfectly,” Caroline said.

“They provide a bit of respite and a way to disappear into a different world for a short period of time. My father felt a short story would be as long as it needed and this competition is designed to encourage more complex short stories.”

The competition closes July 31. The winner, who will be awarded $2000, will be announced on September 12 at the Tasmanian Writers and Readers Festival at Hadley’s Orient Hotel. For more information, including entry form, terms and conditions, FAQs and more, please visit www.tasmanianwriters.org/geoff-dean-short-story-competition