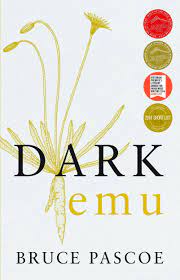 “Dark Emu argues for a reconsideration of the ‘hunter-gatherer’ tag for pre-colonial Aboriginal Australians and attempts to rebut the colonial myths that have worked to justify dispossession. Accomplished author Bruce Pascoe provides compelling evidence from the diaries of early explorers that suggests that systems of food production and land management have been blatantly understated in modern retellings of early Aboriginal history, and that a new look at Australia’s past is required.”

Growing Up Aboriginal in Australia by Anita Heiss – Childhood stories of family, country and belonging. 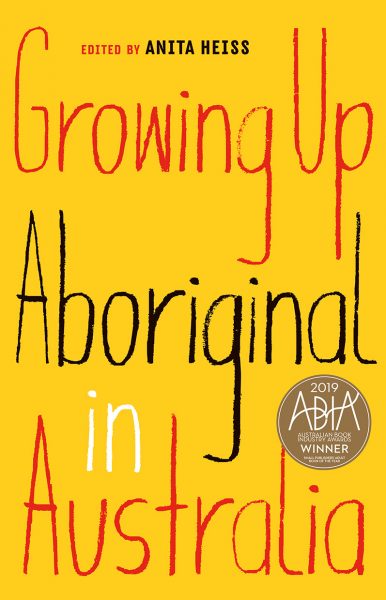 “What is it like to grow up Aboriginal in Australia? This anthology, compiled by award-winning author Anita Heiss, showcases many diverse voices, experiences and stories in order to answer that question.

Accounts from well-known authors and high-profile identities sit alongside those from newly discovered writers of all ages. All of the contributors speak from the heart – sometimes calling for empathy, oftentimes challenging stereotypes, always demanding respect.

This groundbreaking collection from the Growing Up series will enlighten, inspire and educate about the lives of Aboriginal people in Australia today.

Too Much Lip by Melissa Lucashenko 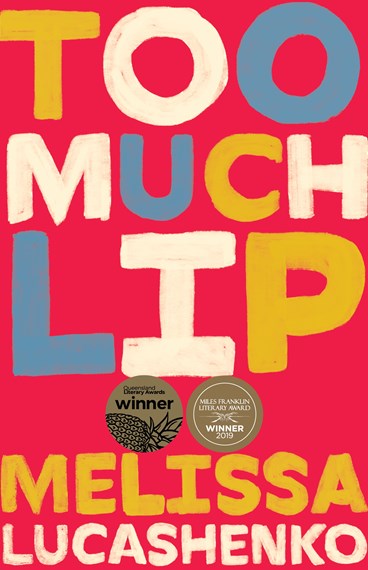 Too much lip, her old problem from way back. And the older she got, the harder it seemed to get to swallow her opinions. The avalanche of bullshit in the world would drown her if she let it; the least she could do was raise her voice in anger.

“Wise-cracking Kerry Salter has spent a lifetime avoiding two things – her hometown and prison. But now her Pop is dying and she’s an inch away from the lockup, so she heads south on a stolen Harley.

Kerry plans to spend twenty-four hours, tops, over the border. She quickly discovers, though, that Bundjalung country has a funny way of grabbing on to people. Old family wounds open as the Salters fight to stop the development of their beloved river. And the unexpected arrival on the scene of a good-looking dugai fella intent on loving her up only adds more trouble – but then trouble is Kerry’s middle name.

Gritty and darkly hilarious, Too Much Lip offers redemption and forgiveness where none seems possible.” 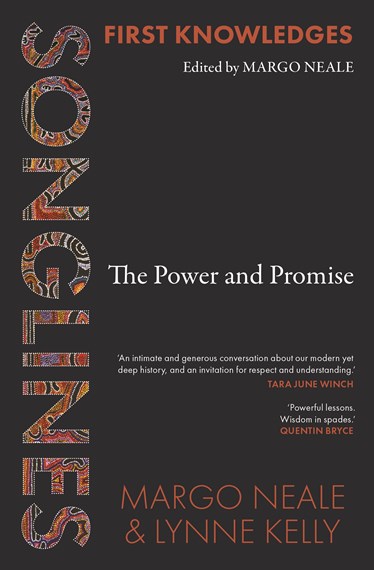 “The First Knowledges series offers an introduction to Indigenous knowledges in vital areas and their application to the present day and the future. Exploring practices such as architecture and design, land management, medicine, astronomy and innovation, this six-book series brings together two very different ways of understanding the natural world: one ancient, the other modern. The first book focuses on Songlines.

Songlines are an archive for powerful knowledges that ensured Australia’s many Indigenous cultures flourished for over 60,000 years. Much more than a navigational path in the cartographic sense, these vast and robust stores of information are encoded through song, story, dance, art and ceremony, rather than simply recorded in writing.

Weaving deeply personal storytelling with extensive research on mnemonics, Songlines: The Power and Promise offers unique insights into Indigenous traditional knowledges, how they apply today and how they could help all peoples thrive into the future. This book invites readers to understand a remarkable way for storing knowledge in memory by adapting song, art, and most importantly, Country, into their lives.”

The Yield by Tara June Winch “Knowing that he will soon die, Albert ‘Poppy’ Gondiwindi takes pen to paper. His life has been spent on the banks of the Murrumby River at Prosperous House, on Massacre Plains. Albert is determined to pass on the language of his people and everything that was ever remembered. He finds the words on the wind.

August Gondiwindi has been living on the other side of the world for ten years when she learns of her grandfather’s death. She returns home for his burial, wracked with grief and burdened with all she tried to leave behind. Her homecoming is bittersweet as she confronts the love of her kin and news that Prosperous is to be repossessed by a mining company. Determined to make amends she endeavours to save their land – a quest that leads her to the voice of her grandfather and into the past, the stories of her people, the secrets of the river.

Profoundly moving and exquisitely written, Tara June Winch’s The Yield is the story of a people and a culture dispossessed. But it is as much a celebration of what was and what endures, and a powerful reclaiming of Indigenous language, storytelling and identity.” 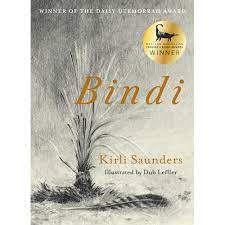 “Meet 11-year-old Bindi. She’s not really into maths but LOVES art class and playing hockey. Her absolute FAVOURITE thing is adventuring outside with friends or her horse, Nell.

A new year starts like normal—school, family, hockey, dancing. But this year hasn’t gone to plan! There’s a big art assignment, a drought, a broken wrist AND the biggest bushfires her town has ever seen!

Bindi is a verse novel for mid-upper primary students. Written ‘for those who plant trees’, Bindi explores climate, bushfires, and healing. Written from the point of view of 11-year-old, Bindi and her friends on Gundungurra Country.” 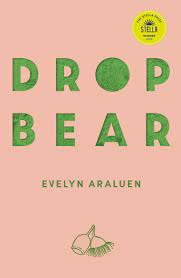 I told you this was a thirst so great it could carve rivers.

“This fierce debut from award-winning writer Evelyn Araluen confronts the tropes and iconography of an unreconciled nation with biting satire and lyrical fury. Dropbear interrogates the complexities of colonial and personal history with an alternately playful, tender and mournful intertextual voice, deftly navigating the responsibilities that gather from sovereign country, the spectres of memory and the debris of settler-coloniality. This innovative mix of poetry and essay offers an eloquent witness to the entangled present, an uncompromising provocation of history, and an embattled but redemptive hope for a de-colonial future.”

The White Girl by Tony Birch 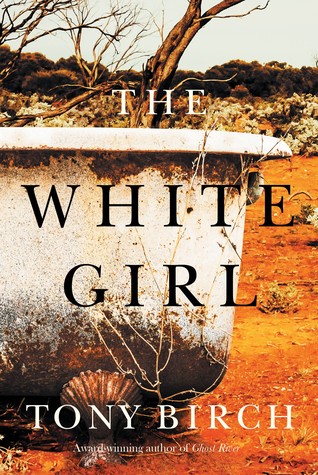 “Odette Brown has lived her whole life on the fringes of a small country town. After her daughter disappeared and left her with her granddaughter Sissy to raise on her own, Odette has managed to stay under the radar of the welfare authorities who are removing fair-skinned Aboriginal children from their families. When a new policeman arrives in town, determined to enforce the law, Odette must risk everything to save Sissy and protect everything she loves.

In The White Girl, Miles-Franklin-shortlisted author Tony Birch shines a spotlight on the 1960s and the devastating government policy of taking Indigenous children from their families.”