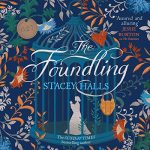 From the best-selling author of The Familiars comes a new tale set in Georgian London. Six years after leaving her illegitimate daughter Clara at a Foundling Hospital, Bess returns to bring her child home. But when she arrives she discovers, to her shock, that her daughter has already been removed, by someone claiming to be herself.

Close to Bess’s home in the city lives a young woman who hasn’t left her house in a decade. When a young doctor suggests she hire a nursemaid for her daughter, she is hesitant, but her past is close on her heels and threatening to tear her careful world apart.

The Foundling is a poignant tale of loss, motherhood, deception and the restrictions of class. 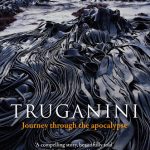 “At last, a book to give Truganini the proper attention she deserves.” –
Gaye Sculthorpe, Curator of Oceania, The British Museum.

Cassandra Pybus’s predecessors would tell stories of of an Aboriginal woman who would walk across their farm on Bruny Island, in the 1850’s and 60’s. It was only later in life that Cassandra discovered this woman was Truganini, who was crossing her ancestral land, stolen from her clan, the Nuenonne, by the colonists.

Truganini lived through an extraordinary and devastating psychological and cultural shift we must safeguard from being forgotten. Truganini’s story is one of survival, and yet most Australian’s know her as the “last Tasmanian aborigine,” a title which neglects the incredible woman she was throughout her lifetime in a haze of tragedy. Cassandra Pybus now tells Truganini’s story in full, drawing on original eye-witness accounts. This book is essential reading for all.

“For the first time a biographer who treats her with the insight and empathy she deserves. The result is a book of unquestionable national importance.” – Professor Henry Reynolds, University of Tasmania. 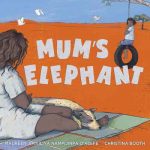 This is a beautiful picture book about childhood memories and the things that are special to us. The story follows a girl as she remembers her childhood and her mother’s treasured elephant. She remembers what a big part the elephant played in her mother’s life, and the joy it brought everyone. But the elephant’s true nature is not revealed until the end, keeping kids intrigued and guessing throughout. 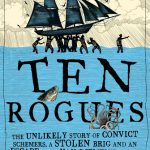 Set against the grim backdrop of nineteenth century London and travelling to the ruthless penal colony of Norfolk Island, Peter Grose weaves a dramatic story of piracy, mutiny, escape, treachery and, unexpectedly, love. The book follows a small group of convicts who mange to escape the settlement on Sarah Island in Tasmania by stealing a brig with questionable seaworthiness, and sailing it across the Pacific to Chile without a map or chronometer.

Not only a story of daring and courage in the face of incredible odds, Ten Rogues also delves into the connection between the slave trade and convict ‘transportation’ and the potential illegality of the convict system, to shine a spotlight on the dark and well hidden areas of colonial history.