Australian Recent Release: The Secrets of Strangers by Charity Norman. Shortlisted for Best Crime Novel in the 2018 Ngaio Marsh Awards for Crime Fiction 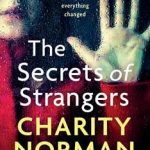 From the bestselling writer of See You in September, comes Secrets of Strangers – intense, persuasive, unputdownable. This story begins in an ordinary cafe on an even more ordinary day in London. Until a shot rings out, and the lives of five strangers held hostage under a mad gunman are altered forever. 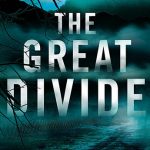 “Chilling, masterful… Works its way into your bones and lingers long after the book is closed” – Sulari Gentill.

Dunton, a small town in rural Tasmania is reeling after a the body of a former children’s home headmistress is found. Detective Jake Hunter is assigned her case, and he begins the search for her murderer among past residents of the orphanage. As Jack investigates why some of the children are untraceable, he uncovers lies and prejudice, and is driven to confront not only the town’s dark history, but his own nature. 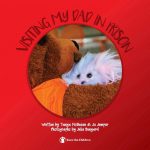 Published by the Tasmanian branch of Save the Children, Visiting Dad is a book designed to help children cope with visiting their fathers in prison. The book uses soft toys to follow a young child’s visit to her father in jail, and examines the emotional challenges that this circumstance can introduce for young children. The book, aimed at four to nine year olds, was inspired by responses from the Supporting Parents in Prison program.

Tasmanian Classic: For The Term of His Natural Life – The Life of Rufus Dawes by Marcus Clarke. 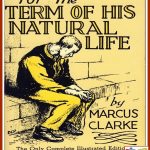 A classic book on convictism in Australia, For The Term of His Natural Life follows the journey of Rufus Dawes, a young man who is transported to Australia after being wrongfully tried for theft. Dawes skilfully conveys the brutal treatment of convicts who were transported for minor crimes, and graphically describes the conditions under which they lived. Clarke travelled to the penal settlement at Port Arthur, around which much of the research for this work is based.