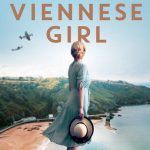 Lecoat weaves a riveting tale, inspired by the true story of Hedy Bercu, a young Jewish girl who fled to the island of Jersey seeking refuge from Nazi occupied Vienna, only to become trapped on the island during the German occupation.

Hedy hides in plain sight, finding work as an employee of the German authorities and finding ways to resist. But it is when she falls in love with German lieutenant Kurt Neumann, that the most dangerous part of her journey begins.

A novel of hope and courage in the darkest of times. 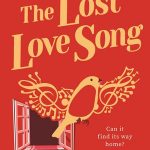 This is a story about a love song’s journey across countries and hearts. It begins in Australia, where Arie Johnson is waiting impatiently for his girlfriend, acclaimed classical pianist Diana Clare, to return home from a world tour and finally agree to marry him.

Unbeknownst to Arie, Diana has composed him a love song. As a woman who prefers expressing herself through music rather than words, it’s the perfect way to tell him how she feels.

One night, the love song is overheard, and so begins its journey across the world.

In Scotland, Evie Greenlees is feeling lost. It seems like an age since she left Australia with a one-way ticket and dreams of becoming a poet. Now she alternates her time between making coffees and selling beer. Then one day, seemingly like any other, she hears a beautiful love  song, and finds herself connected to a man with a broken heart.

“The Lost Love Song is a bewitching novel about love, second chances and the power of music, from the author of the critically acclaimed, bestselling Star-Crossed . . .” Penguin. 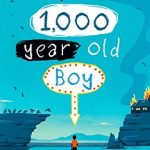 From the best-selling author of Time Travelling with a Hamster comes The 1000 Year Old Boy , a moving, unusual story about a teenage boy who has been alive for a century.

Alfie Monk can remember the last viking invasion of England. Nobody believes him. When Alfie’s world is pulled apart by a devastating fire, Alfie launches into a journey to find acceptance, connection and a new way to live.

There are many stories about people wishing to live forever. This is not one of them. 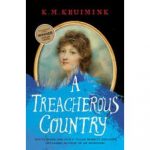 This month we decided to feature a recently published book in the Tasmanian classic section – this years Australian Vogel literary award winner, A Treacherous Country by K.M. Kruimink, because we believe it is soon to become a Tasmanian classic.

Gabriel Fox is the young son of an old English house. Driven by the promise of his heart’s desire, and wishing to leave behind the pain at home, Gabriel journeys to Van Dieman’s Land.

Hi guide, a Cannibal with more to him than meets the eye, takes him north where he might release himself of a consuming burden and seek the woman he is destined to find. As Gabriel traverses through this wild, treacherous country, he discovers new truths buried within himself.

“Authentic, original and playful, A Treacherous Country is a novel of loyalty, wisdom and the freedom to act.” – Allen and Unwin.