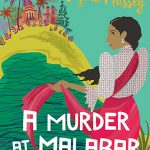 “Marvelously plotted, richly detailed . . . This is a first-rate performance inaugurating a most promising series.” The Washington Post.

The scene is 1920’s Bombay, and Perveen Mistry has just returned to India to join her Father’s law firm after completing her degree at Oxford, becoming one of the first female lawyers in India.

When Mistry Law firm is appointed to execute the will of wealthy mill owner Mr. Omar Farid, Perveen begins to uncover strange irregularities in the paperwork.  Why have all three of Farid’s widows signed over their full inheritance to a charity?

Perveen knows that the Farid widows live in strict seclusion, never speaking to men or leaving the women’s quarters, and with her own tragic history, Perveen worries that these women may be vulnerable to injustice.

As she comes closer to uncovering the truth, pressure mounts, leading to murder, and the widows fall under suspicion. Can Perveen discern what’s really happening on Malabar Hill before it’s too late? 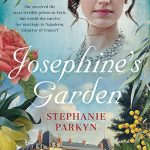 Tasmania’s own Stephanie Parkyn, author of Into the World, is back with her second novel, a richly detailed tale of love, obsession and courage.

Set in France, 1794, in the aftermath of the grisly French Revolution, Rose de Beauharnais is released from prison on the day she was to be guillotined. Within a decade, Josephine transforms from prisoner to socialite, marrying Napoleon Bonaparte to become Empress of France, and building a garden full of exotic wonders from all over the world.

But Josephine knows she must give Bonaparte an heir, or she risks losing everything she has built. 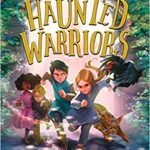 Duckling, Pummel, Soolie and Otte have escaped the salt mines, and are on their way to the Strong-hold to find out who is responsible for awaking the murderous Harshman.

But with the dreadful Grafine von Eisen ruling as Regent, only trial and terror await if they return home. So the children must lay low in the Strong-hold’s stone walls, their only allies a cat, a ghost, and a chicken who has forgotten her true identity, and use all their resourcefulness and magic to defeat the Harshman before he becomes unstoppable.

Kids will love this tale of magic, courage and ghost-eating demons in the page-turning conclusion to the Rogue’s series.

Tasmanian Classic: The Library at the End of the World, edited by Anita Hansen, illustrated by Margaret Davies. 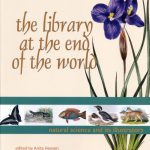 This beautifully compiled book examines the art on display in the Royal Society of Tasmania’s rare book collection. Filled with stunning artwork of fauna and flora, the book also focusses on the science behind the artworks and examines the artists who made them.