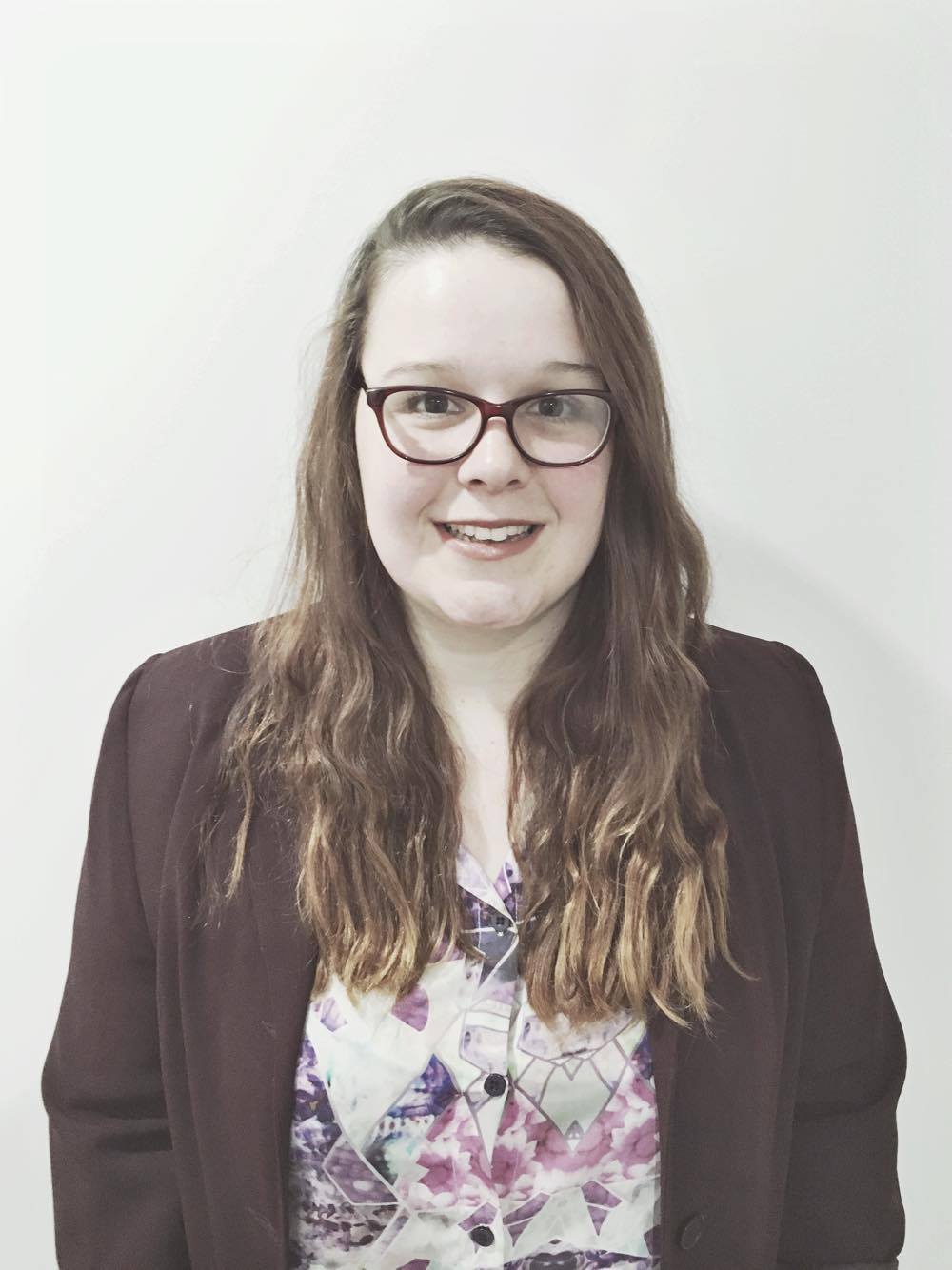 The leaves were blood red, falling from the sky and scraping along the ground. A dangerous chill settled around the Province of Salamanca and the clouds rolled over full of the promise of rain. There was a buzz around the port as citizens curled into their animal-skin coats and held the mugs of broth tighter in their hands. With autumn came the icy breeze and falling leaves; everywhere there were leaves, bright reds and hued oranges, dark browns and pale pinks… Children kicked up the leaves, squealing playfully as they collapsed into the piles of dying shrubs.

The buzz that surrounded the Province of Salamanca was more than just the preparation of the oncoming winter – which would no doubt be filled with brutal winds and lashings of rain. A new building was being planned. Richard Willis, who had arrived as a merchant from London, was building a warehouse. The children and mothers spoke of pianos and wines and silverware, all being imported from London. The young men had watched Askin Morrison building the first warehouse that would stand along the pathway of the Province of Salamanca and were thrilled to see the planning begin for a second warehouse along the port.

The worn paper, full of promising building plans, flapped violently in the wind and Richard’s hands clasped it tighter, creasing the edges. It didn’t matter if the paper flew away in the crisp autumn wind because Richard could see those plans with his eyes closed, he knew exactly what measurements were required and how many labourers it would take to finish the job before summer. Richard had experienced the hostile winters in London and was prepared for similar conditions. He knew that he had to have the foundations laid before the spring leaves began to grow.

The craftsmen were rough. They were a different kind of breed here but Richard knew how to light a flame in their hearts and make them excited for the oncoming project. He would make these men as passionate as he was about this warehouse and he would reward them with as much beer and wine as they pleased.

“Dick, matey, you won’t have nay chance of gettin’ this finished,” an old fellow – Colin – laughed gruffly. “Morrison knew what he was doin’ when he built that warehouse… You don’t got a chance.”

Richard supressed the rage that ignited within of him. Colin didn’t know anything about him or his passion for this building. He was used to people doubting him – which, incidentally, is exactly how he ended up as a merchant here and not in London, but Richard wouldn’t take no for an answer when it came to this warehouse.

“If you don’t believe in this, then I don’t want you here,” Richard said firmly, staring Colin straight in the eye. “And if any one else is doubtin’ me, you’d best be leaving now.”

Colin suddenly became very interested in chewing his tobacco and nobody moved. Richard grinned, satisfied with his leadership skills.

“Alrighty then, fellas. Let’s get started. Here are the plans …”

The naked trees were being assaulted by the bitter wind as the rain plummeted from the dark black sky. The puddles were leaching through the cobblestones, turning to ice as the night hours seemed to freeze the world. Earlier that day, children had been screaming as they splashed through the puddles and slipped on the ice, their mothers would laugh with delight as they watched their children walking with shaking legs. They licked the crystallised water from the branches of the bare trees.

Richard had watched the craftsmen working hard, despite the pouring rain. The rains had started early this year but Richard hadn’t let that dull his excitement. The building site – that would one day be his warehouse – had flooded. The wood lay sodden on the ground, too soaked through to move and too heavy to lift. Richard would need at least ten big men to lift one beam at a time tomorrow, putting them at least a week behind in their progress. As he’d paced through the piles of stone and wood, he’d watched the craftsmen – his craftsmen – coordinating the laying of the foundations, as they proceeded to work through the icy conditions. He’d felt the swellings of pride as he helped them lug the stone and wood to where it needed to be. He’d helped them dig through the muddy foundations and fed them beer-soaked bread at the end of the day.

That night, Richard stood in the middle of the abandoned worksite. The craftsmen had gone home to their families – to roaring fires and stone cooked bread; they had fallen asleep next to their wives and children, free from the burden of trying to succeed. Richard, however, stood alone in the middle of the night. For him, this was his wife and child and home, this building was his life.

The fear of failing chilled him more than the rain that soaked through his winter coat. He couldn’t fail, he wouldn’t fail. His feet sunk into the sodden earth and he smiled ruefully as images of earlier that day flashed in front of his mind. By sundown, the men had been covered in mud – it had changed their skin colour and caked their clothes, they were laughing as they’d tried to dust themselves off.

This was Richard’s reality. The wafts of fresh mud and rain were assaulting his senses. He was so cold that his skin felt numb under his drenched clothes. All he could hear was the rain pouring around him and the crashing of waves coming from the Port of Hobart. Soon, he would have his warehouse.

Soon, everything would fall into place.

The sprouting flowers peaked through the piles of dead leaves, promising the renewal of life and new beginnings. The grass around the Province of Salamanca had sprung back to life as the sun radiated down onto the square. Throughout the Province, there were signs of life beginning to spring through the heavy markings that winter had made on the small Port of Hobart.

Despite the welcome oncomings of spring, the Province of Salamanca was abandoned. Today, there were no children playing in the leaves or picking the baby red flowers, no mothers stood in circles, clasping stone mugs of broth in their pale hands. Today, Richard stood alone in the Province of Salamanca – something he’d never had the chance to do. He stood completely alone, staring out onto his abandoned building site. There were beams of wood rotting in the damp soil and sprouts of grass had begun to grow in between his stone and bricks.

Richard bent down, ignoring the screaming pain in his back and began chipping away at the foundations of his warehouse. The wood and brick had been laid, but there was still so much work to do. He worked alone, forcing his bloody fingers to work with the brick and wood, moulding it. Richard imagined the finished product, he envisioned the warehouse standing tall and proud, looking over the Province of Salamanca.

However, he was alone in his imaginings. He was alone with his aching back and worn hands, as he laid the bricks one by one. He could only be thankful that the foundations had been laid in time, that was the only thing that Richard could focus on. He could do this on his own, he did everything alone. He was alone in his dreams, in his life, in his work. Richard was alone.

And so, his blistered fingers moved the bricks one by one. He mixed the concrete with his foot, whilst he continued to work with his hands. His determination dulled the pain in his back, his persistence gave him the power to ignore his bleeding hands and continue to work on his building. His strength was in the foundations of his building, his soul lay quiet in the bricks and wood. He would do this. He had to do this.

The winter had been brutal. It had been a killer – literally. Richard didn’t know how many builders had survived the deathly plague that had ripped through the Port of Hobart and the Province of Salamanca, but he knew the odds weren’t in his favour. In fact, as Richard stood in the middle of his abandoned building site, he wished that the plague had taken him too.

“I wish poor Bobby was here to see this …”

Richard smiled ruefully as he listened to the awed comments of the people coming and going through his warehouse. The ceilings stood high above him and he marvelled at the way that the beams seemed to contrast perfectly against the exposed stone. He stood by the window, appraising the room appreciatively.

A few women stood in the corner, dabbing tissues on their wet cheeks as they remembered their husbands who had helped build the foundations of this warehouse. In the end, only ten craftsmen came to help Richard complete the build in the late months of spring. He had lost nearly his whole crew to the deathly plague.

The building stood, strong and true. It represented these men, it represented Richard’s passion, his love for this building. Every brick, every wooden beam, every carving in the wall was done out of passion for this building. Richard didn’t do it alone – he knew that he could never have done it without the men who helped him lay the foundations that kept this building standing strong but he had spent many chilling days carving away alone in the abandoned building site. When people started coming back to the Province of Salamanca, hiding their mouths and noses in dirty handkerchiefs, they watched him.

He knew that they were only curious as they watched him, although many people thought that this building would stand incomplete until it would one day come crashing down. Richard proved them wrong.

The oak wood was polished and the stone was carved magnificently, Richard had individually carved the patterns around the windows and had hammered every nail into the oak wood floor. He had sweated profusely as he poured the concrete and laid out the wooden beams. When his ten men came back to the building site, they helped him build the roof and the walls, they gave him strength to keep going when he was ready to give up completely.

The summer sun was luminous as it poured through the windows of his warehouse, highlighting the beautiful brick archways. On the street outside, there were horses tapping along the cobblestones as all kinds of people stopped to appreciate Richard’s warehouse.

In the corner of the front room where Richard stood, a young girl sat in the corner, with her back resting against the stone wall and her toes curled against the warm wooden floor, the sun illuminated her blue eyes as she stared intently at a cowskin notebook sitting on her lap. She scrawled quickly, her mouth pressed into a thin line as she wrote as quickly as her hand would let her.

Richard smiled proudly. As his building stood strong and tall in the Province of Salamanca, overlooking the trees and the ocean, he decided that people would be free to walk through his archways as they pleased. He would let them create art in the nooks and corners of his beautiful building and he looked forward to the day that he could tell his children of the time he beat all odds and built the building of his dreams.