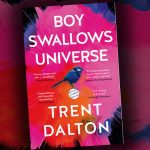 Winner of four ABIA Awards this year, including the prestigious Book of the Year Award, the MUD Literary Prize 2019, UTS Glenda Adams Award for New Writing at the NSW Premier’s Literary Awards and Book of the Year at the 2019 Indie Book Awards.

Boy Swallows Universe is a powerful coming of age story about love, friendship, brotherhood, and ultimately, survival. The setting is Brisbane, 1983. Eli’s life is complicated. His Dad is lost, his Mum is in jail, his brother is mute and his stepfather is a heroin dealer. Eli is trying his best to keep his head above water, but life has other ideas – falling in love and breaking his mum out of jail being high priorities. 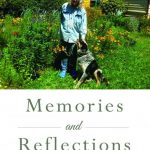 Ute Müller was born in Erfurt, the capital of the German state of Thuringia, in 1938. Many of her early memories are of wartime. When she was thirteen she was smuggled into West Germany to stay with her aunt, unaware she would never return.

Ute Müller emigrated from Germany to Tasmania relatively late in life. Her story takes us from the beginning of WWII, through to some of the most incredible places in the world, all the way to a small farm in Tasmania, where she began a new life. 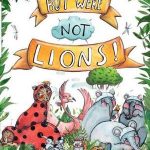 The animals were mighty and magnificent, but they were miserable! For way too long, they’d been forced to become something that didn’t feel right – something that felt too much like bad days and scratchy things. The animals needed a hero, or someone to show them that a hero was in each of them all along.

This is an entertaining and heartwarming picture book about the importance of social resilience, and a reminder to all children to be their own unique, wonderful selves.

Tasmanian Classic: Memo for a Saner World  by Bob Brown. 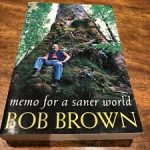 From the remarkable Franklin River blockade to his parliamentary protest against George Bush, Bob Brown details the defining moments of an extraordinary life of activism.

With the devastating effects of climate change becoming more severe each year, Bob Brown’s memoir is more relevant than ever. Inspiring, optimistic and passionate, this book is a reminder of the importance of keeping oneself informed on both local and global affairs, to keep fighting the good fight, and to never lose hope.