Close and Personal with Esther Campion. 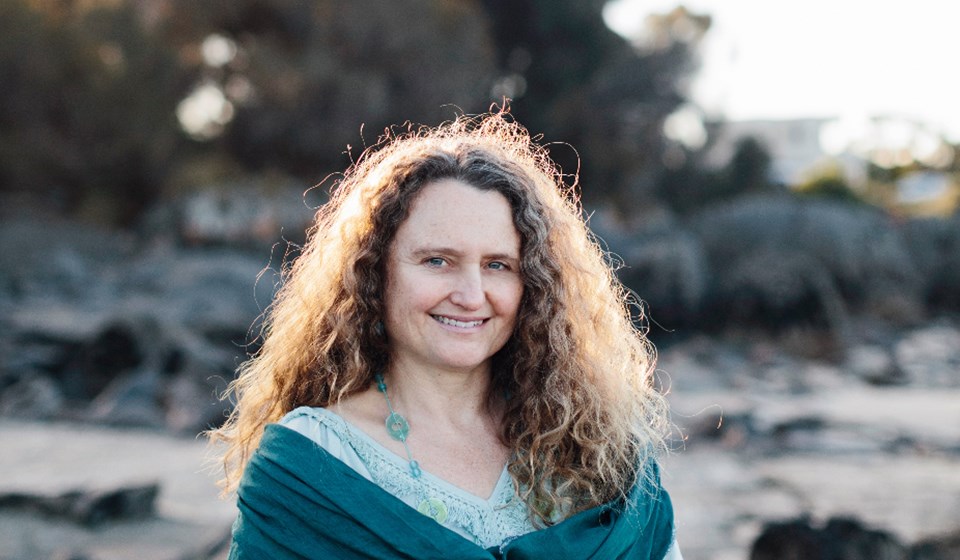 Esther Campion grew up in Cork, Ireland, but has since lived in Scotland, Norway and South Australia. She currently resides in Tasmania’s picturesque Port Sorrell. Esther’s debut novel Leaving Ocean Road was published in July by Hachette Australia. This is a story set across the landscapes of Greece, Ireland and small-town coastal Australia and follows the life of Ellen O’Shea as she struggles to deal with her husbands death and an unexpected visitor from her past. Leaving Ocean Road explores themes of home, family and the consequences of the choices we make. I asked Esther where her inspiration for this novel came from.

Esther says she was driving in South Australia on a road trip with her family when they got stuck behind a car trailing a rusted Holden Chevy. It reminded her of one of her favourite books, The Bridges of Maddison County by Robert James Waller. She remembers reading this book on a cold winters night at home in Ireland while her husband was away. She was huddled up against the radiator with her baby daughter in her lap, blinded by tears as she read. Esther wants to write books that move people to the extent that she was moved that night. When she went home after the road trip she couldn’t get the old Chevy or her memories of this book out of her mind. She started re-reading the letters she and her husband had written to one another while he was away in Greece. Reading these made Esther think about what their lives would look like if they had made different choices. These ‘what if’s’ were a central driver of her novel and Ellen’s character. I asked Esther what was the most enjoyable aspect of writing Leaving Ocean Road. She says she loved the whole process, but in particular the constant challenge to make it better, the fiddling and tinkering was a joy.

When she moved to Australia Esther wanted to take a creative writing course but had difficulty finding one. Eventually she discovered a local writing group. Esther remembers feeling very nervous the first few times she attended, as many of the members had won competitions and already had work published. The first piece she read was actually a long descriptive email she had written to a friend, who had told her how much she’d loved reading it. The woman organising the group told Esther afterwards that she was most welcome to stay, and from her continued membership she heard about an opportunity to participate in a writing retreat. “That was really the start of it,” she says. Being able to sit in peace and quiet and totally immerse herself in her writing made for some hugely productive weeks, and Esther realised that this was something she wanted to pursue.

I was interested to hear which authors inspired Esther. She loves the work of Maeve Binchy, believing no one will ever be able to weave stories quite the way she did. She also admires the work of Hannah Kent, Cathy Kelly and Anita Shrieve. On writing advice, Esther cautions against heeding every piece of advice given. The most important thing to remember, Esther says, is that the creative arts can’t be forced. To be good takes practice and it is very important to enjoy the process. Esther doesn’t believe there is a formula for being creative. If you want to write a book just sit down and do it. “You need to give yourself permission to write the story you want to,” she says.

I asked Esther what, for her, makes a compelling character. She says for a character to be believable you have to really know them. Getting to know her characters is a gradual process for Esther. She is not a plotter, preferring to figure things out as she goes along. She says insights about her characters often come to her during mindful moments, and she surprises herself with new discoveries about their personalities.

Esther’s favourite place to write is at home with her chocolate labrador. She says her own house is a bit like a writing retreat, with a beautiful view of their acreage. Esther says the Irish landscape definitely influenced her writing. “For me, landscape gets under your skin,” she says. When she first came to Tasmania she missed the colours of South Australia, but the landscape grew on her. It was the same when she lived in Norway. Initially she was reluctant to move to such a cold place, but it wasn’t long before she became attached to the rugged, snowy landscape. “Every place is distinct,” Esther says.

To the future and Esther is currently in the re-writing stage of her next novel. She has taken a couple of characters from Leaving Ocean Road and made them the central characters of this novel, however it is not designed to be a sequel.

The Tasmanian Writers Centre thanks Esther for coming in to chat with us. We look forward to hearing more about her future writing journey.