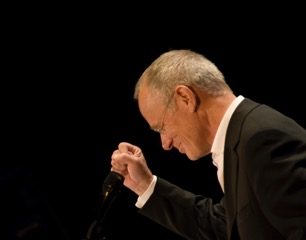 Close and Personal with Young Dawkins

Young Dawkins’ most recent collection of poems, Slow Walk Home was our Tasmanian Recent Release Feature for April. Young was kind enough to answer some of our questions about the book and his life as a poet and traveller. 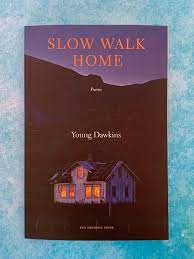 Do you remember the moment that you decided poetry was something you wanted to pursue as a career?

Poetry isn’t really a career sort of thing – all of us poets would starve to death if it was. I started out in my writing life wanting to become a Great American Novelist. I pursued a Master’s Degree in Creative Writing and there were three of America’s strongest women poets on the faculty – Louise Erdrich, Cleopatra Mathis and Marie Howe. That was when I realised poetry could tell every story I ever imagined.

How did you become involved in Beat Poetry?

I grew up in the 50s and 60s, so I was aware of the Beats – Ginsberg, Kerouac, some of the others. Years later, I moved to the small New England seaport town of Portsmouth, New Hampshire. There was an active poetry/jazz scene and I became pretty involved. We decided to put together an annual festival to celebrate the Beat Movement, and over five years attracted a number of US Poet Laureates and a few of the original Beats, David Amram and Michael McClure. I have had the great honour and pleasure of performing with David Amram, who was one of Kerouac’s closest friends, several times.

Describe your writing routine. Do you write every day?

I don’t write every day. I will scratch down an idea or some phrases in pencil on a yellow legal pad – which is how I write the first draft of every poem. Then I walk around and think about it, let the words marinate in my head. When it is ready, I write for as long as it takes to get it down on paper. But I am like the Chilean poet, Paul Valery, who said a poem is never finished, only abandoned.

What is your earliest memory of poetry? Did your parents ever read it to you?

When I was a boy, maybe seven or eight years old, my father would sometimes read the poems of Rudyard Kipling to me. I loved the rhythm of the words and especially the vivid images I would see in my mind as he read. Now I cringe a bit at the colonialism and racism that Kipling celebrated, but that sense of tempo and sensory imagery formed my very first ideas about what poetry should be.

How long have you been working on this collection?

A small core of the collection was produced as my Master’s Thesis back in 1987. The rest have sort of accumulated over the years as I moved from the United States to Scotland, then London and finally Tasmania. So, 30 plus years?

Do you have a favourite poem in this collection?

I like them all, which gives me enormous pleasure. But Our Lives Among the Flowers of Forgetfulness was the first poem I wrote about Tasmania. And My Wishes is how I hope it goes someday. And Letter to my Unborn Child. And ….

Can you tell me what it was like writing poetry with a baby? Do you think parenthood changed you as a poet?

I didn’t write poems for some time when my son was a wee bairn, as they say in Scotia. I also didn’t sleep much. Did becoming a parent change me as a poet? It changed me profoundly as a person. Unconditional love is a powerful force. Neither my wife nor I had idyllic childhoods, and to find yourself in the position of helping to create a family built on joy, love and absolute trust is the happiest thing that has ever happened in my life. I like to think that grounded sense of wonder and contentment is showing up in my work. I hope so.

What do you miss about Scotland? What are three things about living in Tasmania that you love?

Scotland was such an important place in my life. I arrived knowing no one. I left eight years later with my wife and son. Scotland was also hugely important to my development as a poet. There were and are so many excellent poets publishing and performing, and that atmosphere pushed me to some of my best work. It is no accident that Slow Walk Home has been published in Scotland by Red Squirrel Press. They are likely the best small poetry press in the UK, and it is a real high point for me to be included in their catalogue.

Three things I love about Tasmania? I love pretty much everything about Tasmania. The people are by and large generous and welcoming. The island itself is stunningly beautiful, maybe more so than any other place I have ever seen. And there is a depth here, a sort of knowledge that is both light and dark, kind and cruel. One of my poems talks about living so close to the final ice, crystal nights pulsing magnetic green. There is a kind of magic here, an ancient understanding, and a lot of people who live here intuitively realise that. More than anything, we can’t imagine a better place in the world for our boy to grow up to be a man.

What is it like to be connected to two different countries, and how do you think that has affected your writing?

I came up in the 60s and was heavily influenced by those times. We all read On the Road, and I embraced that philosophy. I drove back and forth across America all through the 70s, finding jobs on small regional newspapers. I was convinced I needed to live an interesting life if I was to be any kind of writer, and it was certainly interesting. I calmed down a bit in my 30s and 40s, settled into my career in Higher Education. But then came my 50s, and I wasn’t satisfied or quite through with travel. So, I jumped at the chance to move to Scotland. As we spoke about earlier, Scotland was a major step in my life as a person and a poet. Heading off for new places had always been part of my life, so when the opportunity came to take a position with the University of Tasmania, I figured, sure. My wife wasn’t as convinced. But we came for a visit, and on the last day here woke up to see one of those giant rainbows spilling over kunanyi.

Every place changes you, informs you. I am glad I grew up in the United States. I learned so many of my basic values there. But I am also glad for the decision to become an expat. Scotland, of course, brought me my family, the most treasured piece of the entire puzzle. And Tasmania? I think Tasmania has given me that one special thing I started out subconsciously looking for all those years ago – Tasmania is finally home.