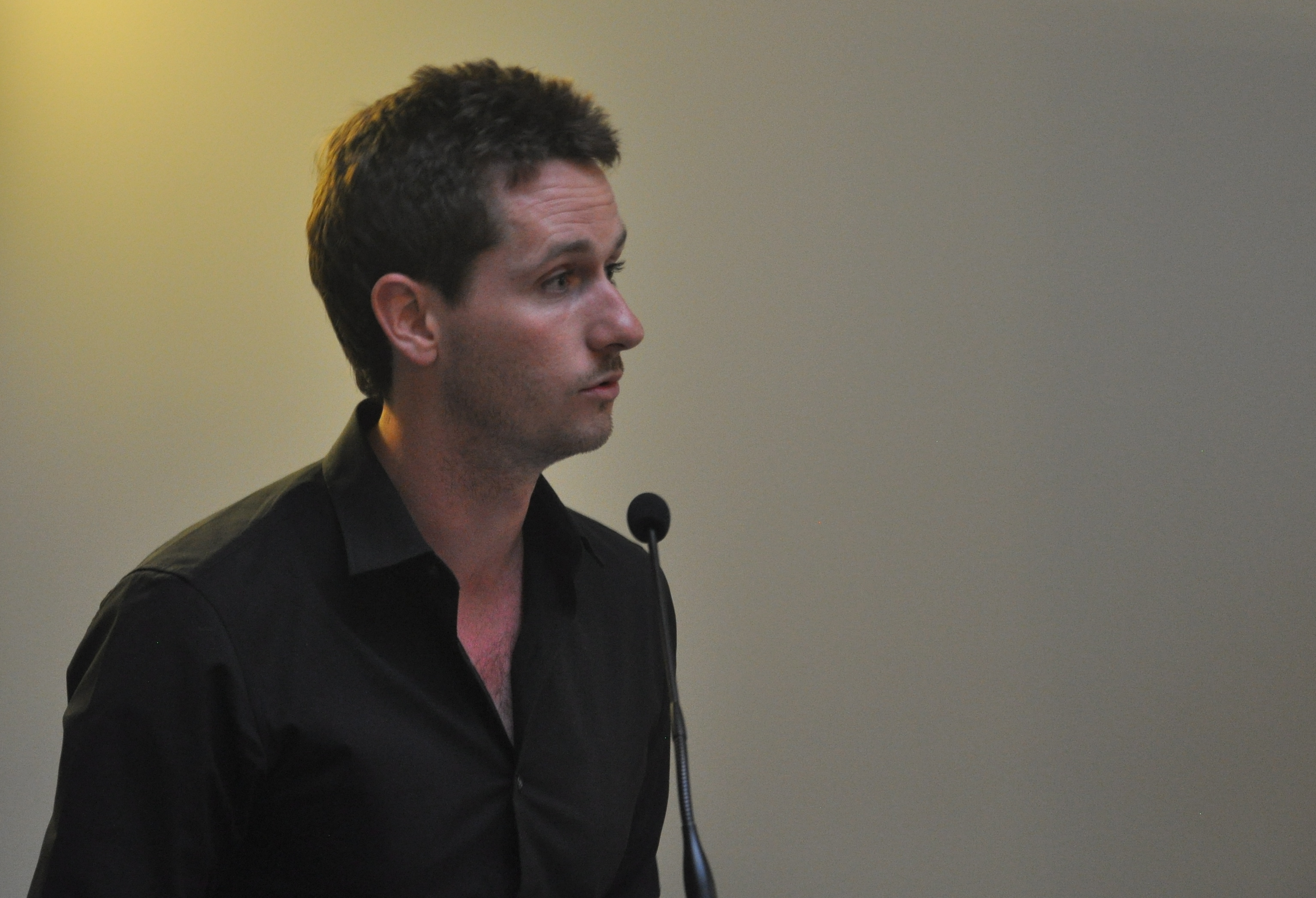 Close and Personal with Robbie Arnott.

A few weeks ago Arianne sat down and had a chat with Robbie Arnott, debut author of Flames about his inspiration for the book and his writing process. Read more https://taswriters.org/recommended-reads-may-2/

I’m always curious about a writers process. I asked Robbie if he was a careful creator of sentences, editing as he went, or if he preferred to get all his ideas onto the page at once, and edit later. Robbie says he prefers to edit as he goes. He likes to get the sentences exactly how he wants them first. Robbie describes this as a laborious process but in the end, one that causes him fewer headaches.

I asked Robbie, if he could choose, what would be his ideal time of day to write. Robbie describes himself as a morning person, saying he finds it easier to get into the writing mindset during this time. However, seeing as he has to go to work, he tends to do most of his writing in the evening and on the weekend. Robbie points out that, as a writer, you do it when you can. I asked him how long did it took to write Flames, whether the ideas had been playing around in his head for a long time before he decided to set them down. Robbie said the first chapter of Flames was initially a short story, published mid last year. He received great feedback, and it was different to anything else he had written, which he says had all been quite realist. The story was interesting and fun to write, so he decided to turn it into a novel. The process took Robbie eight months. Robbie said he just had to keep writing it, the ideas wouldn’t let up.

I was curious about the editing process for Flames, and how different the published book is from Robbie’s original drafts. Robbie says he thoroughly enjoyed it. He works as a copywriter, saying he receives brutally honest feedback on a daily basis, so he’s not afraid of criticism. He says working with the editing team at Text was fantastic, describing the experience of working with editors as similar to having a coach. They are on your side and are rooting for your success, and use their techniques and insight to get your writing to the best it can be. Robbie says he generally agreed with the feedback he received. Only a few chapters were altered, and a new chapter added – both small but significant changes which overall, had a large impact on the novel. Robbie says he doesn’t keep a notebook, but instead likes to write his ideas down on yellow legal pads. I asked him if he ever worried that he would lose these notes, say if a pad fell off or got wet, but he said that once he writes something down he generally remembers it. When it comes to the actual constructing of the story, Robbie works on his computer.

I wondered if Robbie had ever met Tasmanian icon, Sammy the seal, down at Flippers, and if he was an inspiration for Fisherman Karl’s friend. Robbie says he goes running around the docks, as it’s just down the road from his work, and sees Sammy all the time. However, the seal in Flames was inspired by those he has seen whilst tuna fishing –curious, canny creatures with creative methods of stealing the catch.

I asked Robbie to share his thoughts on the short story. He says he thinks the readership for short stories is growing, partly because there are more short story collections being published by Australian publishing houses. Robbie believes what makes a great short story is:

“A tight, focused narrative that somehow speaks to you, creating an profound emotional response in just a few pages.”

I asked Robbie what the most encouraging thing anyone has said to him about his writing. Recently, he says a man told him, “I liked you book, but you’ll write a better one.”

In terms of tips for aspiring writers, Robbie says that, in his experience, people who are insecure about their writing tend to be the ones who are hungry to succeed, and recognise the work involved to get their stories to a publishable standard. Robbie believes success in creative writing is a combination of 45% hard work, 45% luck, and 10% talent. He gave an example of this, saying that in 2014 he wrote an essay and submitted it to Meanjin, but it was rejected. However, Robbie had already submitted the essay to Scribe’s Non-Fiction Prize. He won. Robbie’s experience goes to show how much subjectivity is apparent in the publishing process. He says there is no right or wrong way to write, and is therefore hesitant to give any concrete advice.

Robbie says Tasmanian readers and bookshops have been hugely supportive of Flames.Petrarch’s Bookshop in Launceston put on a wonderful display, and his launch at Fullers Bookshop was a joyous occasion, packed with supporters, including Richard Flanagan, who officially launched Flames. I was keen to hear what Robbie is currently working on. He told me he has just signed a contract with Text for a new book, which will be out in late 2020, but the details are being kept under wraps for now.

The Tasmanian Writers Centre thanks Robbie for taking the time to chat about Flames. We eagerly await further details about his next publication and wish him all the best for the future.