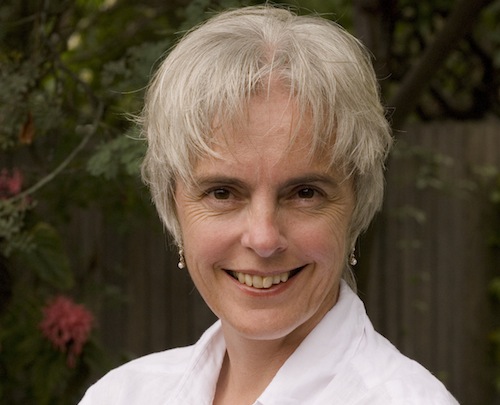 Close and Personal with Margo Lanagan.

Margo Lanagan is the award winning author of both novels and short stories. Her writing is astonishingly beautiful, powerful, strange and lyrical. Arianne was lucky enough to ask her some questions, which the TWC would now like to share with you.

Do you have a favourite novel or short story from the collections you have written?

Of the novels, no—I’m just pleased that I’ve managed to get some novels written! (I find it a little hard to believe at this point, when novels have not been happening for me for seven years). Of the short stories, I tend to feel most fondly towards those that just fell out of me, feeling rightfrom the first word to the last, and requiring very little editing afterwards. “Singing My Sister Down” was one of those, and “Wee Willy Winkie”.

Singing My Sister Downstill gives me the shivers. I remember reading it on a writing retreat and having to lie down for a bit before I could get stuck into writing! Where did the inspiration for this story come from?

It does tend to knock people around, that story—even I find it hard going to reread! The inspiration came from a documentary on an SBS program, Global Village, about a little town where just such a tar-pit was situated nearby, leading to various mishaps. They didn’t use it to execute people—or at least not officially. But I figured, humans being humans, such a pit would be used to dispose of a community’s undesirables before long.

I also love Sea Hearts. When did you first hear about the selkie mythology, and what do you think are some important things to remember when writing a novel that deals with themes from folklore or fantasy?

I heard about selkies as a child—I couldn’t tell you the book. One of the many borrowed from Raymond Terrace public library, probably.

I wouldn’t presume to dictate what other writers might do when transforming folklore or fantasy into their own works—each writer will work out what’s important for their story themselves. I used selkie mythology to give myself a scaffolding to build a novel on, or a handrail to hang onto—whenever I felt uncertain, I had a good body of atmospheric literature to return to, to remind myself of the reasons these themes, these settings and these objects had attracted me.

Do you spend a lot of time in your story’s world when composing a particular piece? By this I mean daydreaming, time exploring the contours of your imaginary places.

Sometimes I do. When I was writing Sea Hearts I spent a lot of time putting together scrapbooks. These turned out to be very useful if I was called away from writing and needed to get back into it—I found the transition much easier using visual cues rather than written notes.

Then, there’s a kind of back-and-forth that goes on—I reach a point in the story where I need some details that my own life and reading can’t provide, so I go off and research. And sometimes the research suggests other possibilities that feed back into the story. I wouldn’t say I sit and daydream, but when a novel or story is in progress there’s a constant background nutting-out of things going on all the time I’m not working on it. I try, when I sit down to write, to write rather than to dream.

Do you always know how you want your stories to end, or does it come to you gradually during the writing process?

I have to have a certain sense of where a story’s going, a feeling in my waters, at least. That way I can feel when I’m starting to ramble. But it can’t be too well defined, or it doesn’t leave enough room for a character to approach and show me exactly how it plays out for them, surprises them.

And sometimes I write a story to what I thought was the end, and it turns out to be an unsatisfactory ending, which either has to be played out further, or changed. Sometimes it’s just too predictable and needs to be amplified to make it exhilarating.

What are you currently working on?

Stuff. :) Smallish stuff. A chapbook of prose vignettes that should come out at the end of this year. Beyond that, I can’t say.

What is your typical daily writing routine?

Nothing is typical at the moment, but it must involve aerobic exercise, otherwise I’m just wading through brain-sludge. Also, longhand composition works better for me than composing on a keyboard. Also, I don’t keep plugging on when I’ve done my daily dose (about four hours is the limit these days)—I try to leave some juice for the following day, and stop at a point where I feel enthusiastic about starting again next morning.

What do you think are the most important elements to creating a good short story?

I think  Joy Williams has answered this question better than I ever could. For me, I need to have (a) an odd conjunction of two interesting elements and (b) a rudimentary plot simple enough to hold in my head in its entirety, at least to begin with. After that, the best thing to do is to get the balance right between Joy Williams’s necessary control, and letting the story have its head and tell me how it wants to be told.

What techniques do you use, as a writer, to steer a reader’s expectations?

I’m always conscious of how I’m feeding information to the reader. I like to keep things a little too mysterious for some readers, because the stories I enjoy myself are the ones that require me to put together a situation from minimal clues. Mostly my first drafts are a little too cryptic. I think my favourite way of approaching a story is to have some anxious, unimportant character be the main point of view, and have them swept up into the fringes of the big events. “Singing My Sister Down” is that kind of story, where the POV character is worrying and wondering about all the tiny things in his immediate vicinity until the size of the main action, what this whole ceremony means, hits him with a huge shock at the end.

Do you think readers have a kind of parallel story running in the mind alongside the written text as they read, made up of their expectations around the plot?

Oh, yes. I know I do. And the best thing is when those expectations are confounded—not in a frustrating way, but just blown up into some whole new strange conception. Which fits beautifully with all that went before, but takes your mind somewhere it would never go on its own.

What are your thoughts on the balance of showing and telling?

Do you ever mentor writers?

I have done some mentoring and quite a bit of workshop leading and teaching. Not much in the last few years, though—I haven’t felt that I’ve got a lot to communicate that others aren’t already communicating with more energy and nuance than I can currently summon.

Can you share some of your strategies for overcoming times when it feels like a story is going nowhere?

Go back to the original spark that set you off and think about where, in what you’ve done, the energy with which you started starts to fade. Where did the joy/intensity go out of the writing process for you? (You may not need to actually cut out everything you’ve written since then, so don’t delete it, but take it out and save it somewhere else while you work out your new, better, spark-preserving path onward.)

Oxygenate your brain. Plot knots can often be undone and new possibilities opened while you swim laps or ride a bike, or just walk briskly to the shops.

Sometimes describing the problem in writing helps. Or aloud to an understanding writerly friend. Make clear to them whether or not you want actual advice, though—sometimes other people’s advice just gets in the way and it’s better to listen to yourself solving the problem.

What do you think is the best advice for aspiring writers who are feeling rather daunted by the process?

Feel the dauntedness and do it anyway.

Set things up so that the primary aim is your absorption in the process, so that you don’t have any brain spare, once you’ve started, for the daunted thoughts to occupy. Learn to control your mind so that the doubts don’t get the better of your creative impulse. (Confession: I am still doing this).

Also, particularly for a novel, break down the task into small chunks that you know you can manage, and try to stay focused on the work at that level, without frightening yourself too badly by regarding the size of the whole task before you. Creep up on completion. Keep going. Reward yourself along the way. Get to the end.