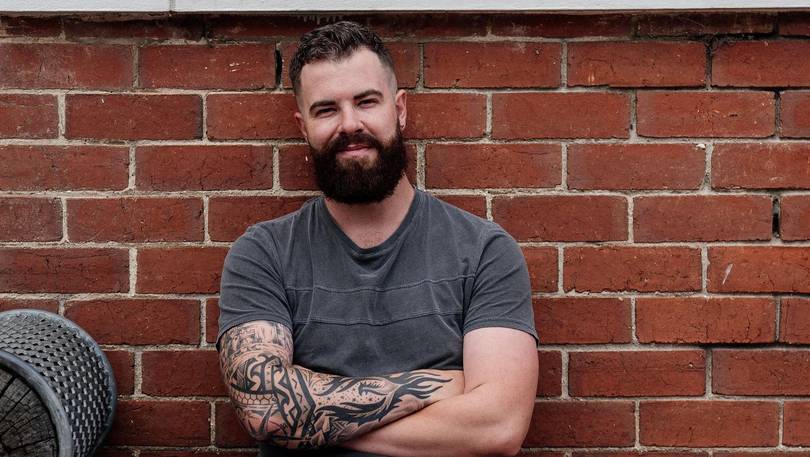 Close and Personal with Kyle Perry 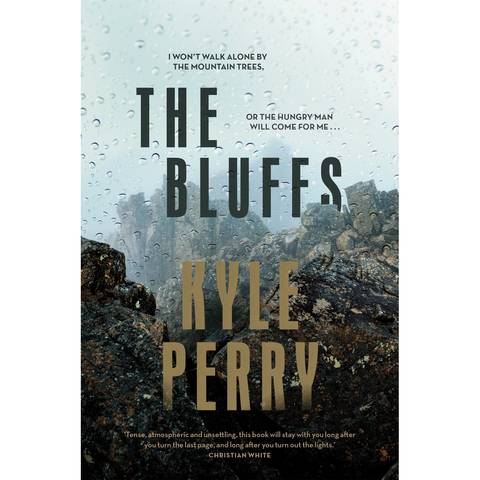 At the bottom of the world, there is an island. It is a land of rugged wilderness, of ice and snow and blistering heat, of the oldest trees on earth . . . They say tigers still roam there. They say other things roam, too.

I was fortunate enough to chat with Kyle Perry, author of The Bluffs, his debut crime novel set in the Great Western Tiers wilderness, which explores the circumstances surrounding the disappearance of a group of school girls.

While writing The Bluffs, Kyle worked as a youth worker across high schools in the North West (he has a degree in counselling and coaching). I wondered how this job helped shape his writing, particularly that of young characters.

“As a youth worker your primary role is to build rapport, and in order to do that you need to communicate at and on their level. It’s similar to going to a new country: use the right phrases, don’t do anything too rude if you can help it, find out what they value. Being surrounded by teenagers all day was obviously crucial to building believable dialogue just through osmosis too.” Kyle says he was working a lot with troubled youth in the early stages of writing, so this book was a cathartic process.

I asked Kyle how he kept up the page-turning momentum in this book. “Part of it is having a great team behind me (agent, editor, publisher).” Kyle says he also has a short attention span. “When I’m writing, if I find myself getting bored, I switch things up.” Kyle is a “go-with-the-flow kind of writer.”

The Hungry Man character in this novel gave me chills, and I asked Kyle to tell me more about the legend. He says he made it up, but the idea is an amalgamation of his own experiences in the bush, some of them supernatural, and the legend of escaped cannibal convict Alexander Pearce, who supposedly hid in The Great Western Tiers wilderness. “There are stories of his descendents still living up there, kidnapping people.” Kyle says he was also inspired by the myth of The Tall Man, a bush spirit who will snatch you if you look over your shoulder three times while bush walking. For those of you reading this, consider yourselves warned.

I asked Kyle where the idea for The Bluffs came to him. “It came as part of my writing history,” Kyle says. “I wanted to write YA novels. The first ten never got anywhere, but I got really close with the last one. I got to the final stages but the publisher decided not to go ahead, however he did ask if I had anything else.” Kyle reached out to his now agent, and she suggested a genre change for the novel. “I always liked the idea of writing crime, but I didn’t think I was good enough.” Working with teens, the idea of a school camp gone wrong came naturally to Kyle.

I asked about Kyle’s writing routine. Coming back to his short attention span, he says he can write whenever, wherever he wants. His favourite place though, is in a café. “I need stimulation,” he says, “Generally I’ll sit down, write at my desk, get coffee, do some more writing, go for a drive. I really enjoy the writing process, I can’t wait to start.”

I was curious about the type of research Kyle did for this novel. “A lot of research into police procedure, and modern search and rescue.” Kyle says he modeled one of his characters after someone he talked a lot with as part of the research process into search and rescue. He also looked into how social media affects police procedure today, and the indigenous history of the area. “I did my best to honour the correct portrayal,” he said, but “there’s so much conflicting history in our colonial past.” Kyle reached out to the aboriginal community, a vital part of this research, and says they had similar discussions around these conflicting stories. “I couldn’t write about the Tasmanian bush without the aboriginal people. It would have been cowardly not to try,” Kyle says, while acknowledging that any writing by a white person about the aboriginal community must be done with the utmost respect and correct pathways to gathering information.

I asked Kyle what his favourite thing about getting to live and write in Tasmania was. He says a big one for him is the fact that, no matter where you go on this island, you can see a mountain. He also likes how patriotic Tasmanians are, about Tasmania. “It’s like we’re our own country. Tasmanians first, Australians second.” Kyle tells me Tasmanians are his biggest supporters. “People who don’t even know me are telling me they’re proud of me and that I’m doing Tassie proud. I want to make this a brand in my writing,” Kyle says, telling me his next books will all be based in Tasmania.

I asked what he thought was the biggest problem facing young people today. “Sleep deprivation,” he says. “Social media comes into this, as do extra curricular activities. Not getting good, hygienic, functional sleep is detrimental to our health. We will die of sleeplessness before we die of hunger.” Kyle goes on to tell me about drug induced psychosis. Research has shown that it’s not the drug but the fact that the drug makes you unable to sleep that drives people to insanity. “As a society we’re okay with sleep deprivation,” Kyle says. “It’s become accepted as the norm. We’re all tired, but it’s slowly killing us.”

I asked Kyle what his view on the nature/nurture debate was. What percentage do you think is human nature vs. environment?

“We don’t take into account how much childhood trauma, or even unfortunate accidents at the start of life re-wires the body,” Kyle says. “With trauma, nurture becomes nature. Kyle gives the example of foetal alcohol syndrome. The baby had no chance, you can’t call that nature, but it becomes so. “As we all know, it’s impossible to separate the two, but we also need to understand that even great nature (i.e. genetics) can get hijacked by bad nurture, so I definitely lean towards nurture as trumping nature, and nature then feedback looping itself.”

How much do you think landscape influences character?

“A lot.” Research has been conducted, Kyle says, which reveals that chemicals released by trees can affect our mental wellbeing.” In Japan spending time in nature in order to improve mental health is called shinrin-yoku, or ‘forest bathing.’ Kyle then chats with me about bio-electrics. “We have our own energy field,” he says, which is supposed to be connected to the earth. “We were never meant to be disconnected from the earth by rubber soles.” He goes on to comment on how organic patterns in leaves and trees have a calming affect on us.

TasWriters thanks Kyle for taking the time to chat with us. We eagerly await his next books and wish him all the best for the future.