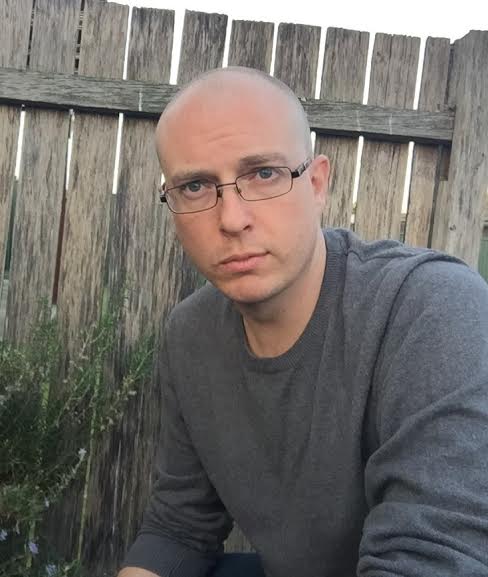 Close and Personal with Colin Dray.

Colin Dray is an author and teacher of English literature and creative writing. His short stories have appeared in Meanjin and his non-fiction in Australian Literary Studies and Antipodes. I had the pleasure of interviewing him to chat about his debut novel Sign, published in 2018 by Allen & Unwin and shortlisted for the Australian Vogel Literary Award in 2015. I nabbed an office copy and had a sneak peak at the first few chapters and was immediately hooked, so it was a delight to be able to discuss this story’s journey.

Colin tells me Sign began as a short story, which grew into a novella to eventually become the novel it is today. A process he says took twelve years. Colin tells me the inspiration for his original idea came from his fascination with urban myths. He remembers reading about their history, where they came from and why they continue to live on in our minds for years. Colin originally wrote a short story about two kids on a suspicious ‘vacation’ with their aunt. It was 10,000 words.

I asked him why he felt drawn to write his original character mute. He tells me the reason was initially cynical.

“It was just a lazy writing hack, an easy literary device to use.”

However in the revisions he says he fell in love with the character and developed a real sense of empathy towards him. The large amount of research needed to create a believable character with a disability also helped Colin become closer to Sam. All the little things that had been absent from his first drafts now came to light. The stoma often required after such operations is an example. Colin researched the exact operation and recovery Sam underwent, and the impact on a patient’s sense of self after a stoma is created. Sam’s lack of voice, Colin says, can be considered a metaphor for adolescence.

I asked Colin whether he ever found himself basing his characters personalities on the people in his own life. He replied that Aunt Dettie is an amalgam of several people he knows. Colin says even if you don’t intend to, characters are either a reflection of yourself, or others.

“Traits of multiple people I know can come across in my work,” he says.

Colin says most of his ideas come in the morning, but unfortunately the morning tends to be his most unproductive writing time, being a night owl.

I asked him what he thought were some of the easiest and hardest things about writing. He says the hardest part is “the simple motivation needed to sit down and produce.” However he adds that when the momentum takes over it is a joy.

“It takes a lot of diligence and self possession to sit down and write. Many successful writers find setting themselves a task helps.” For example, not letting themselves up from the desk until they have written 2000 words.

“Its comforting to hear other writers discuss this problem,” he says. Colin tells me writing is hard because,

“…it’s about moving from this wonderfully, creatively fertile space where all these ideas are moving around in your mind to rendering it on the page, and that’s where creativity and craft collide.”

I was curious about the publication process for Sign. Colin says he was very fortunate to have been shortlisted for the Australian Vogel Literary Award, Australia’s most prestigious prize for writers under the age of 35. The editors of Allen & Unwin were unsurprisingly impressed with the book and offered to publish it. Colin spent a year refining it with their team, describing it as a wonderful experience.

“Every person at Allen & Unwin was a delight. Working with kind, helpful, intelligent and creative people was a supreme joy,” he says.

I asked him what his top tips for aspiring writers would be. He says:

“Just do some sort of writing every day, to practice, or even thinking creatively every day helps.”

Writing without any specific goal or endpoint in mind can also be useful, as it takes some pressure off, he says. Creative writing exercises are often a great help. Colin loves seeing his students take the ideas formed during a writing exercise and expand them into a story. Furthermore, finding some people you trust to give you feedback is important.

“Be willing to hear criticism and not take it personally,” Colin says. And the golden rule? Read, read, read. “Falling in love with turns of phrase and use of language is wonderful.”

Colin is currently working on another novel he started during the editing of Sign. He says writing this allowed him to distance himself from the editing for a while so he could return to it with fresh eyes. And of course, there are always short stories on the go.

The Tasmanian Writers Centre thanks Colin for taking the time to answer our questions, and we look forward to hearing about his future novels.

If you would like to take home a copy of Sign we have two copies of this beautiful book in the office. Email arianne@taswriters.org, first in best dressed!