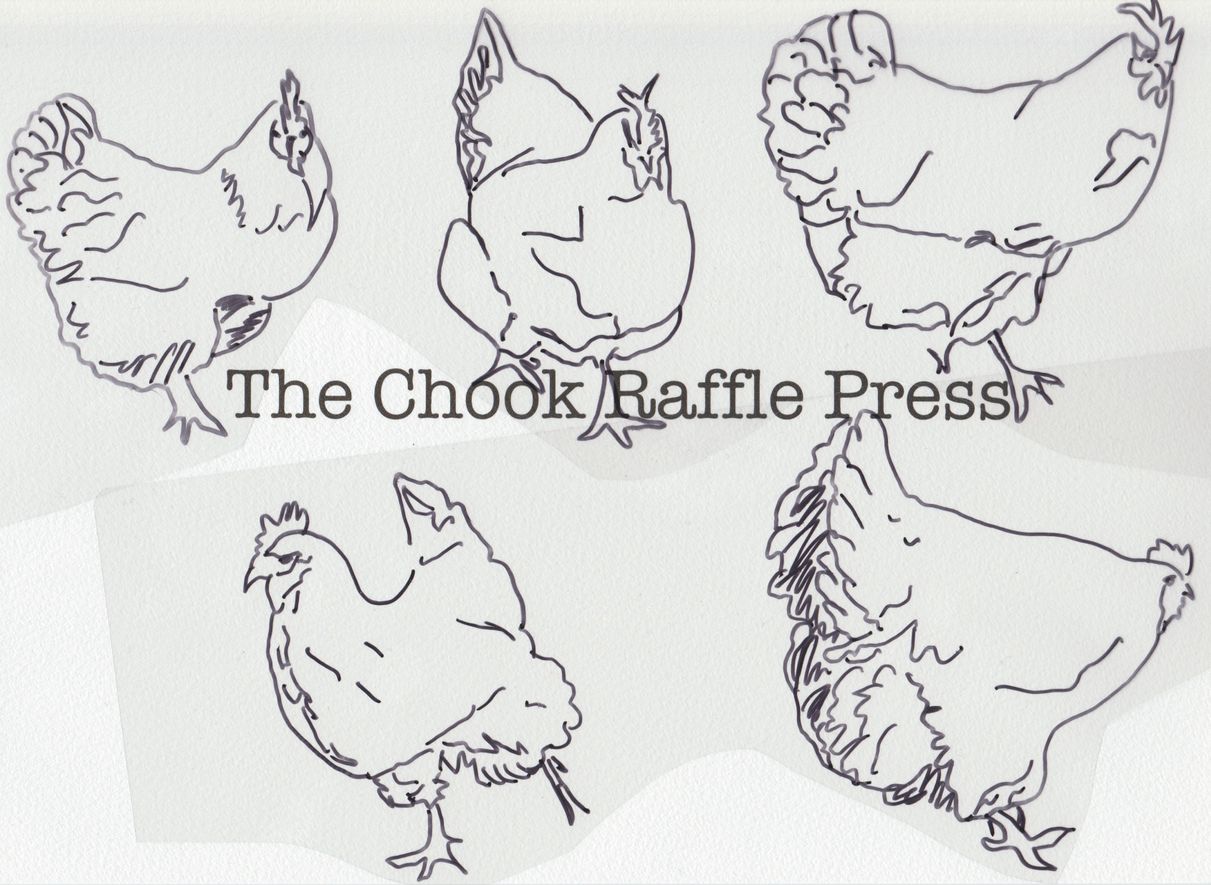 Arianne recently spoke to Robyn Ferrell about a fantastic new publishing initiative she is hoping to launch in the near future, The Chook Raffle Press, a national, government funded publisher. Read on to learn more about what sparked this idea, and what it could mean for publishing in Australia.

Chook Raffle Press sounds like a really great idea, can you tell me more about your plans for the project?

Well, we are hoping to put together a website in the first instance to get discussion going about the idea. We would need to develop some promotional strategies inlcuding social media strategies to get the idea out.

We hope to get something onto the programs of writers’ festivals across the country and generate discussion about it.

People may not be very familiar with the idea of a national government-funded publisher, so the first step is to ask writers and readers: How would you like to see it work?

When did you decide to get the ball rolling for Chook Raffle Press?

There was a writers’ conference in Iceland last year where the fact that Iceland has their national publisher was notable. It just opened up a way of thinking about public support for literature that I realised we didn’t really have in Australia.

We tend to fund to support the market, but when writers are working in languages other than English they know that the market can’t do it all. It struck me that Australian writing is in a similar position.

Did you come up with this idea in conjunction with others, or have you been organising it on your own?

I guess I’m leading the charge, you could say, but I have support from people like Janice Simpson at RMIT Nonfiction Lab and Jennifer Rutherford at the Coetzee Centre at University of Adelaide.

It’s an interesting name… can I ask where that came from?

Well, the Chook Raffle is of course the classic Australian way to raise money for community causes and calling it the Chook Raffle Press has an ironic, playful twist to it because literature is usually such a staid and serious-minded topic.

But I also wanted to draw attention to the small scale of Australian writing within the huge global market of publishing in the wake of Amazon and the ‘Big Five’ multinationals that dominate English language publishing. The market is failing small presses the world over.

The name came out of a short rave I wrote for the RMIT Nonfiction Lab event in Melbourne that followed the Iceland conference. This is also the text of the video that is linked to the crowdfunding site. In it, I argue that Australian Writing needs something like the national lottery in the UK, or the sponsorship of the Northern WA football team by Twiggy Forrest.

What sort of writing does Chook Raffle Press eventually hope to publish?

The plan is to support all genres of Australian writing – fiction, non-fiction, poetry, plays, screenplays and writing for children. However, work that can find a market, like commercial genre books and academic books, would not be included.

The plan is to publish critically recognised work by having it peer-reviewed by other writers before accepting it for publication.