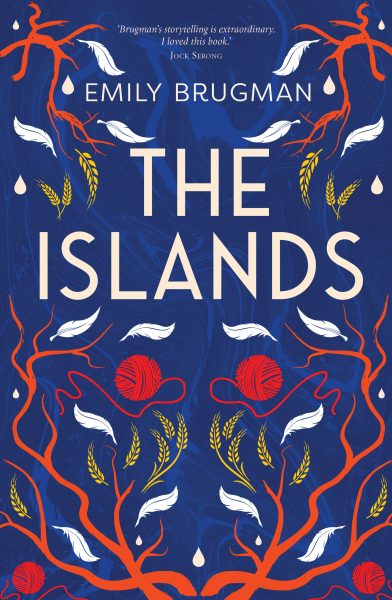 The Islands is set in the mid-1950s on Little Rat, and island in an archipelago off the Western Australian coast. A small group of Finnish migrants has moved to the island to establish the crayfishing industry. Among them is Onni Saari and his family, drawn there by tragedy, but soon captivated by the beauty of the islands, and the prospect of building a good life on the back of the lucrative fishing industry.

The story follows the Saari family as they struggle to find their place and build their future, their lives entwining with those of the fishing families on Little Rat. It is a moving and hauntingly atmospheric novel, evoking a sense of place that is both detailed and sweeping.

Threads of Finnish superstition and folklore, philosophy and wisdom weave through this book, carrying the reader deep into the hearts of the characters in this saga-like debut novel.

Emily Brugman grew up in Broulee, on the far south coast of NSW, on the lands of the Yuin people. She currently lives in Mullumbimby, on Bundjalung country, and works at Byron Writers Festival. The Islands is her first novel. 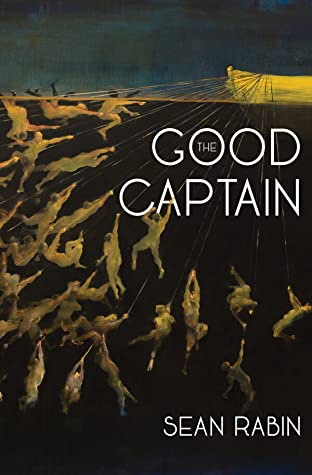 The Good Captain is set in the near future when fish stocks are plummeting and invasive species and toxic algal blooms are upsetting marine ecosystems. The novel follows a group of radical environmentalists as they employ tactics of extreme civil disobedience against the powers that are threatening to destroy the last remaining marine ecosystems. It is a gripping and thrilling cat and mouse story, but with a disturbing reminder of what the future could hold for the earth’s natural environment.

This dystopian novel is set entirely at sea, a sea polluted and exploited; a battle ground in which the diverse characters on board the Mama fight to protect – or seek retribution for – the oceans they care about.  It compels the reader to consider how far should activists go, when the future of the planet is at stake.

Born in Hobart, Tasmania, Sean Rabin has worked as a cook, script reader, copy-editor, freelance journalist and librarian. He has lived in Ireland, Italy, London and New York, and now resides in Sydney, Australia. His debut novel Wood Green (Giramondo) was shortlisted for The Victorian Premier’s Literary Awards 2017 and The Readings Prize for New Australian Fiction 2016 and was also longlisted for the ALS Gold Medal. It was published in the UK by Dodo Ink in 2016. 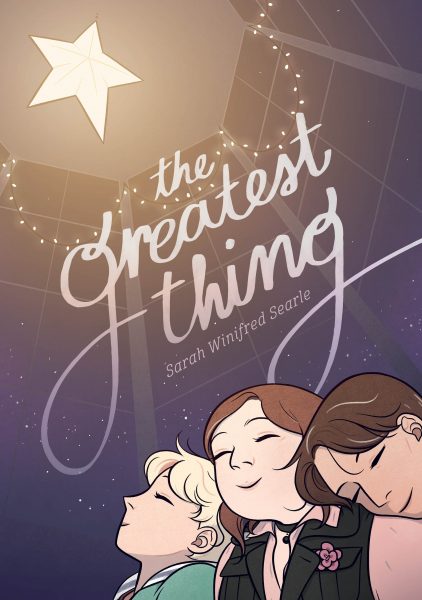 The Greatest Thing is a graphic novel, and is beautifully crafted, both visually, and as an expression of the complexity of teenage life. The story addresses a wide and complex range of social and emotional issues, some of which could be heavy going. The characters in The Greatest Thing carry the reader on a journey that is challenging, raw, realistic, hopeful, and positive.

Winifred is starting grade 10 alone after her two friends move to another school, but in art class, she meets two offbeat students, Oscar and April. The three bond through clandestine sleepovers, thrift store shopping, and zine publishing. Winifred is finally breaking out of her shell, but there’s one secret she can’t bear to admit to April and Oscar, or even to herself—and this lie is threatening to destroy her newfound friendships.

This tender and heartfelt novel portrays the struggles of being a teenager with beauty, insight and care.

Sarah Winifred Searle was born in New England, and currently lives in Perth, Western Australia. She works as a writer, cartoonist, illustrator, and graphic designer.

Tasmanian Classic: A History of Tasmania by Henry Reynolds. A History of Tasmania is an accessible account of the history of the island from the arrival of European explorers in the mid eighteenth century to Tasmania’s bicentennial which was marked in 2003/4.

The work starts with an acknowledgement of the indigenous Tasmanians, who lived and thrived on the island for thousands of years before the arrival of Europeans. It then examines the early encounters between the indigenous people and the European explorers and settlers, from the perspectives of both groups. This allows an original and engaging exploration of this fraught period in the island’s past.

Using key themes to carry the narrative, the author explores how the island’s geography has led to a particular set of economic, migratory and social conditions which result in Tasmania’s unique history.

Throughout this account the author draws his characters with detail and empathy, providing a pathway for readers into this powerful account of Tasmania’s past.

Henry Reynolds is an Australian Historian, born in Tasmania, whose primary work has focused on the frontier conflict between Australia’s European settlers and the land’s Indigenous population. He has produced many works examining these conflicts, challenging the (then) accepted mythology around the peaceful nature of Australia’s settlement by Europeans.