Sue has extensive experience as an Information Technology professional specialising in Project Management, Risk Management, Business Continuity, Information Security and Information Warfare, both as an industry practitioner and as an academic.

Sue works part-time as a technical writer, an editor/proof reader and an academic for UTAS.

She has a MSc in Computer Science and commenced a MA in English to improve her writing.  However, she was asked to be Director of a major industry project and was unable to complete that degree.

After becoming TasWriters’ Chair of the Board of Management in 2018, Sue was also Acting Director for 18 months and the Director of the successful Hobart Writers Festival in 2019.

When time allows, she plans to continue writing her first book of fiction and researching for a non-fiction book about a secret military operation of WW2.

Mark has taught Children’s Literature, Australian Literature and Creative Writing at universities in Australia and around the world, most recently in India.

A former national president of the Children’s Book Council of Australia, Mark has won awards for distinguished service to Children’s Literature and for many titles published under his own name imprint, Mark Macleod Books.

He is the author of poems for adults and children, and picture books for children.

Erika Thomson is a qualified accountant (CPA) and has worked in public practice for over 20 years.

Erika has a Bachelor of Commerce with majors in Accounting and Human Resource Management and a Bachelor of Musical Arts with a major in Music History, both from the University of Tasmania.

She held the position of secretary for seven years with the Moonah & Glenorchy Business Association, been a playing member of the Derwent Valley Concert Band and former director and treasurer of both the Glenorchy Community Fund Ltd and GASP!

Kate spent 20 years as a print journalist in NSW and Queensland, working for seven newspapers and several magazines. She then moved into public relations.

She has a BA and a Master of Professional Practice (Creative Writing) from the University of the Sunshine Coast.

Kate moved to Tasmania in 2018 to enrol in English Honours at UTAS and graduated in 2019. She is currently completing a Diploma of Family History through UTAS and writing a book about her great-great-grandfather, a master mariner and marine assessor who sailed his own ship to Australia in 1826. 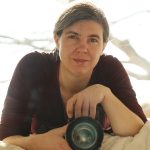 She was a Senior Environmental Consultant at NGHConsulting for more than a decade, where she also developed and managed the company’s first environmental and quality assurance systems and contributed to its work health and safety and integrated management system. She has also worked in tourism (as a marketing officer, manager and guide) and an English teacher (in France and the Czech Republic). Daniela has degrees in science, arts (English and history) and fine arts.

Daniela is passionate about raising literacy and the general capacities of Tasmanians to achieve their potential. She has particular interest in supporting people on the autism spectrum, and has been mentoring people on the spectrum since the 1990s.

Kartanya Maynard is a trawlwoolway woman of nipaluna/Hobart in lutruwita/Tasmania. Since a young age Kartanya has been a storyteller and always aspired to be an artist. She has gone onto establishing herself as a musician and is now emerging as a writer and poet.

She graduated from the UTAS Conservatorium of Music with a Bachelor of Music. She is passionate about her connection to culture and giving back to her community through her music. She has notably contributed music to the Bob Brown Foundation’s work in saving takayna/the Tarkine and numerous protests/gatherings for the Tasmanian Aboriginal community.

At school and college she studied drama and earned leading roles in numerous productions, including All Shook Up, Lysistrata and Louis Nowras’s Radiance. Kartanya is interested in using theatre to portray and convey stories within Aboriginal culture and history.

Most recently she played Marta Dusseldorp’s daughter Aida in The Bleeding Tree to great acclaim.

He has worked as a computer programmer, barista, recruitment agent and has completed an Honours degree in History from UNSW.

He was the editor of a national horticultural quarterly for three years and his travel articles have been published in the Weekend Australian and Country Living magazine. He is writing his first novel.

Jaclyn is a corporate lawyer and writer. In 2017 she left her job as a partner in a large national law firm, sold their house in Sydney and travelled around Australia for a year with her family in a camper trailer. In 2018 she and her family arrived in Tasmania as part of their travels and loved it so much they never left.

Jaclyn is the author of the blog “Hit the road jac” and, in times when travel was permitted, wrote for travel websites and magazines. In 2020 she won first prize in the Banjo Paterson Writing Awards for her short story “Literally the worst”.

On the legal side, Jaclyn is a sole practitioner through JRS Legal and specialises in mergers and acquisitions, joint ventures, shareholders agreements and corporate governance. 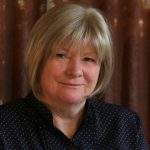 Jeanette M. Thompson is the author of Bone and Beauty: The Ribbon Boys’ Rebellion (UQP/2020), The Shakespeare Ladies (4WPress: 2004) and editor of three anthologies of creative writing. She began writing professionally in 1992 as a scriptwriter for CBC Radio and TV Ontario. Thirty-five of her children’s television scripts have been produced and aired in Canada, Ireland, Namibia, China and Australia. Her program, ‘The Wall’ was nominated by the producers for a Gemini Award (1994) and an Award of Excellence by the Alliance for Children’s Television (1995).

Jeanette has worked in the Australian university sector for twenty-three years as lecturer, researcher and online tutor in the disciplines of Children’s Literature, Creative Writing, Literacy and English Curriculum. She has been successful in securing residencies at Willandra Station (Litlink Writers in the Dust), Broken Hill Writers Centre, Varuna (Publishers Introduction Fellowship) and Glover Country (Arts Tasmania, June, 2021).

Jeanette graduated as a Doctor of Creative Arts (University of Technology Sydney) in 2015.